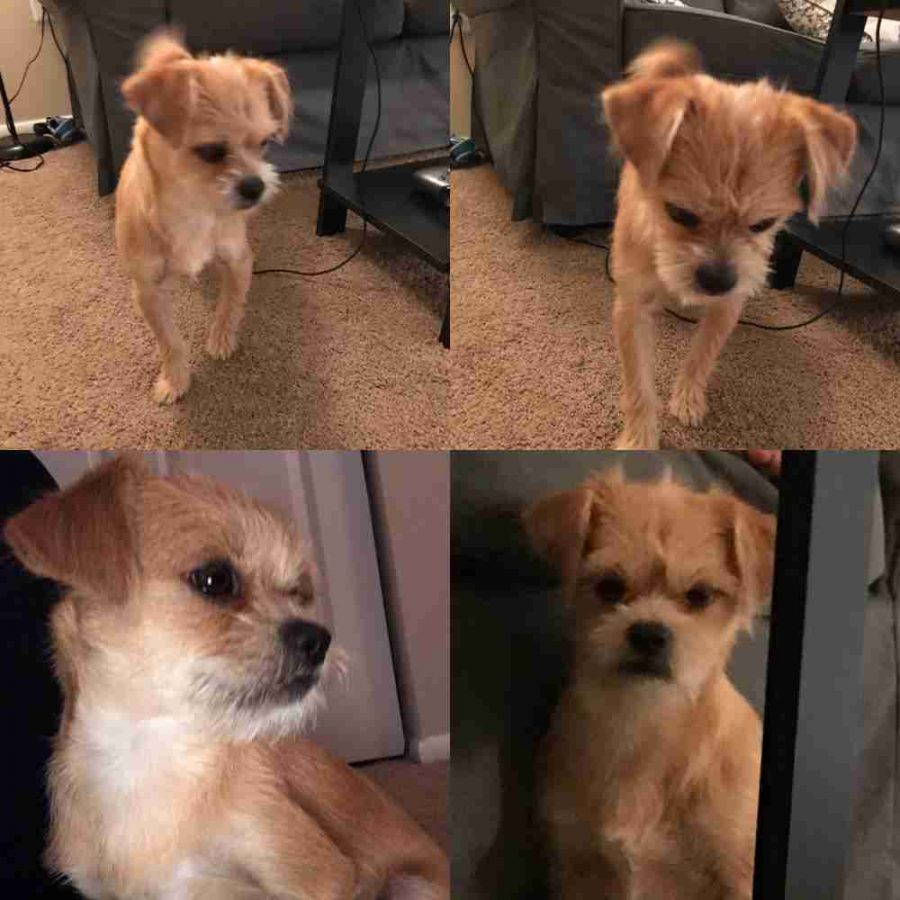 A lucky hound was given a second chance at life with a brand new family thanks to supportive Valencia staff member.

A small, male dog was found last week near Stonewall Jackson Rd. off of Semoran Blvd. by Claudia Maldonado, 21, a program support specialist from the Valencia College School of Public Safety.

Maldonado and her girlfriend, Sara Aguilar, 20, decided to name the stray dog “Pops.”

“We called him “Pops” because we could tell he was old,” Maldonado said.

Maldonado took the dog to be checked out by a vet and to see if he was micro-chipped. The dog was deemed healthy despite missing two front teeth.  He was six to seven years old. Unfortunately, the pup did not have a microchip, so there was no way of finding out more about his possible owners.

Maldonado could not afford to keep the dog, so she reached out for potential rescuers to Valencia College faculty and staff through Valencia College email. She even offered to give a bag of dog food for anyone who decided to adopt the dog.

“After I sent the email, I had 50 responses of Valencia employees ready to give sweet old Pops a home,” Maldonado said.  After sending the email, she got those responses in less than an hour.

The lucky canine was given a new home with Anna Saintil, a Student Life Skills professor, and her family. On Tuesday, June 6 Pops warmed up to her and her two kids. The dog will go to his new home next week.

Maldonado is happy that Pops now has a new home with a new loving family.