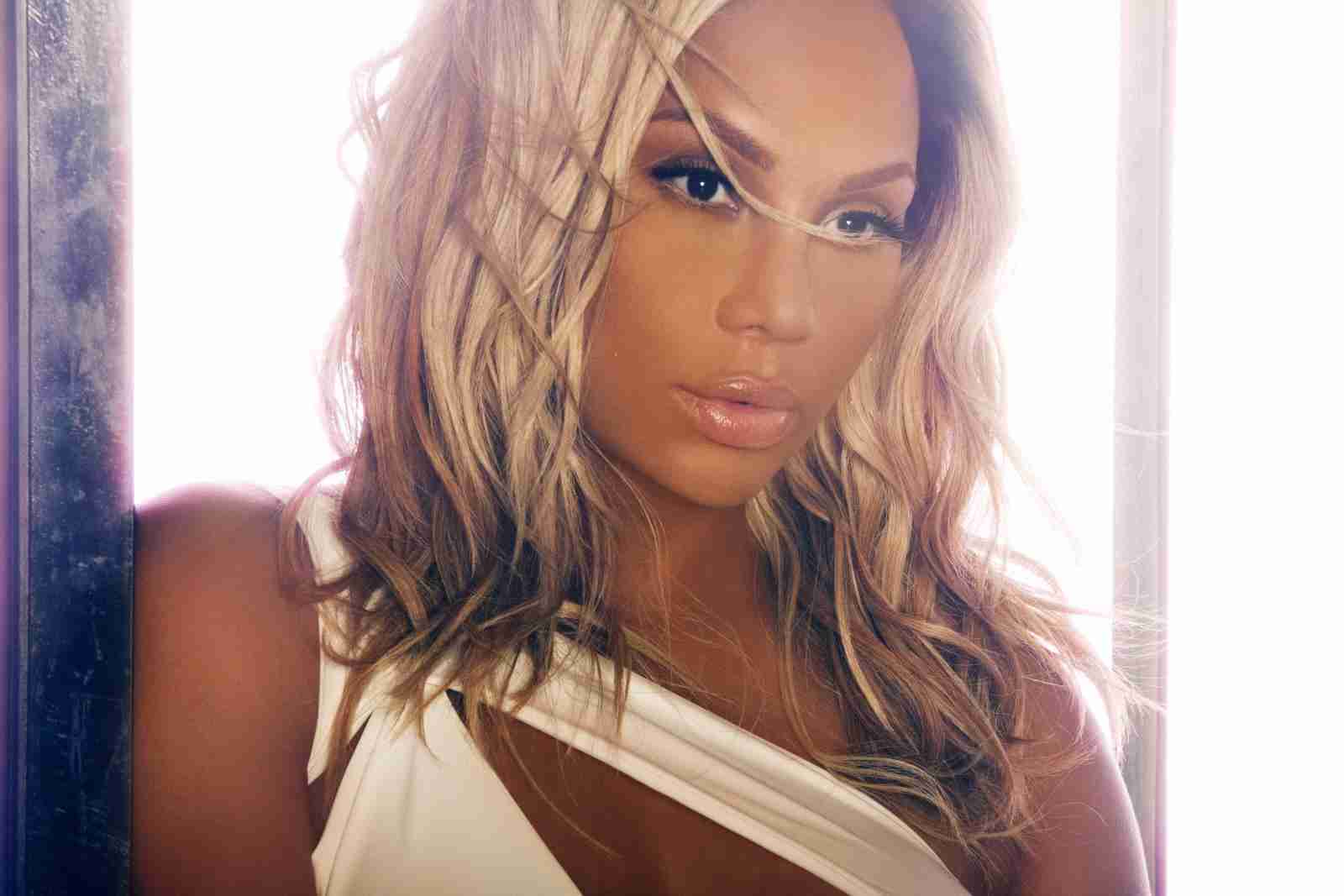 Despite singing, performing and having family members in the R&B genre, singer Tamar Braxton finds herself jamming to a different beat when it’s time for her to enjoy music as a listener.

“I’m a big-big fan of hoodlum music,” says the singer, in a recent phone conversation with the Valencia Voice. “If it makes me want to twerk, then that’s probably what I’m listening to.”

Coming from a R&B heavy household ー which introduced her to acts like Anita Baker, Whitney Houston, Cherrelle, and of course her sister Toni ー the youngest of the Braxton sisters grew a respect for the genre and all the greats that it produced. While the genre has ultimately shaped her into the artist she is today, she has no problem admitting that “hoodlum music is my first choice.”

“I grew up on it and it’s great,” she says about R&B. “I love performing it, but I like krump music a whole lot.”

Mrs. Braxton, fresh off opening for R Kelly’s “Black Panties” tour, will kick off her own 18-city headlining tour on May 16. “It’s so exciting and a total dream come true,” she says about headlining her first national tour. The tour is in support of her “Love and War” album. Fans can be prepared to “come out, have a good time, hear my story and see my side of things musically,” she says, as she has been preparing to provide the ultimate “Tamartian” experience.

“I always wanted to be a touring artist; and have people come out and see me, I can hardly wait,” she added.

Following the tour, Mrs. Braxton is scheduled to travel to New Orleans and perform at this year’s Essence Music Festival.

“I cannot believe that nearly a year after my album came out, I’m going to be performing on the big stage,” says the singer about the three-day festival, which will also see acts like Mary J. Blige, Charlie Wilson and Erykah Badu on the Main Stage. “I’m so excited that I get to be on the same stage, share the same experiences as everybody, and give everybody my show before all the amazing greats that come and shut it down every single year.”

Mrs. Braxton’s “Love and War” garnered her three nominations at the Grammy Awards this year. She also had the highest charting debut from a female R&B artist in 2013, with the album hitting the No. 2 spot on Billboard’s Top 200.

While “Love and War” is her second studio album, the artist feels as if it’s her first project, since she did not get to sing the type of music she wanted to and had to pretend to be someone else on her self-titled debut album. If you were to ask her why does she not plan to perform any of those songs in her live set, she would say, “It’s not that I am upset about those records or don’t want to acknowledge them, they just have nothing to do with who I am as an artist or as a person right now.”

Mrs. Braxton still has more plans for her “Love and War” album. A video for “one of my favorite songs of the album,” is set to be released soon, she says about the track “Pieces.” “This is going to be the last single off the album until we put out new material.”

Unlike “Love and War,” which list no features on the tracklist, Mrs. Braxton will not shy away from including others in her spotlight for her followup project. “2 Chainz is my Michael Jackson,” she says, “I would love to collaborate with him. I like Iggy Azalea. She is amazing and one of my favorite female rappers.”

The last year was a busy one for the “Braxton Family Value” star. On top of the album release, in September, she and her husband, Vincent Herbert, welcomed the arrival of their son Logan, in June. As he prepares for his first birthday, she is still amazed at how fast her little blessing of joy is growing.

“He’s not a newborn anymore, I don’t know what happened. He is moving so much and running now, which is crazy. He is even talking,” she says.

More of baby Logan can be seen this year on WE tv, as the family will be opening up their lives to the world again, for season of reality television show “Tamar & Vince.”

“It’s just cameras in our life. I wish our shows was scripted, sometimes, because we have some pretty embarrassing moments sometimes; but it’s not,” say Mrs. Braxton, who will also be shooting another series of “Braxton Family Values,” with her sisters this year. “Had it been a scripted show, we wouldn’t be able to do it, but, since it documents everything we do regularly, we’re able to do it.”

In addition to music, starring in reality TV, and hosting daily talk show “The Real,” which launches this fall on Fox and BET, the singer is also working behind the scenes on multiple reality series. “We have two shows in production right now that I am excited about,” she says.

Massive spoiler alert: While the show is about women trying to figure out their lives and managing how to be single parents, there will be no throwing of glasses or hitting in the face. Adults will actually act like adults, and use their words to solves their issues. (Such a sad moment for us who hate positivity, and thrive off ratchet television.)