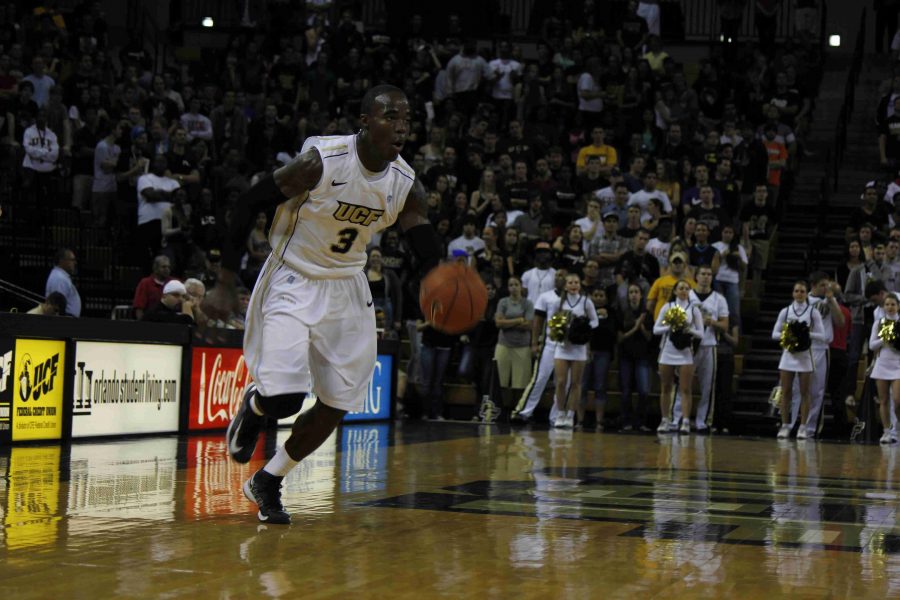 ORLANDO — Isaiah Sykes led the way with 23 points and 7 assists, as the UCF Knights beat the Alabama State Hornets 85-56, Tuesday night in their home opener at the UCF Arena.

Keith Clanton also had a good game for the Knights, notching 20 points and 11 rebounds on the night for his second consecutive double-double of the season.

The Knights led 40-25 at halftime, thanks in part to 14 points and 8 rebounds from Keith Clanton and 12 points from guard Isaiah Sykes. UCF started the game on a 8-2 run, where fan favorite Keith Clanton scored 6 of the Knights first 8 points.

“Until we can get some depth here,” said Knights head coach Donnie Jones. “Right now those guys got to play a lot of minutes.”

“We were playing an undersized team. We went from playing a big team in South Florida, to come back and play an undersized team,” said Jones after the game. “That was a tough adjustment for us, because we were very limited with our guard play.”

The Knights dominated the Hornets in the post, scoring 60 of their 85 points inside the paint, while also having a good night shooting from the field.

“We feel like we had a size advantage on them,” said UCF forward Keith Clanton. “Knowing that our guards were just as big as their bigs.”

UCF shot 72 percent in second half, only missing on 7 of their 25 shots. The Knights would finish the game shooting 65.5 percent from the field. Clanton had the best shooting percentage of the game for UCF, going 9-10 from the floor.

“I thought we really did a good job sharing the ball,” said Jones about his team’s shot selection. “I thought we took good shots for the most part.”

Alabama State was out scored 45-31 during the second half, with UCF playing mostly walk-ons for the final few minutes. The Knights would finish the game with 85 points, while Alabama State could only muster up 56 points on the Knights defense.

“We subbed in, and gave some of the walk-on’s a chance to play. Those guys have been great for us,” said Jones. “It was great to see them get some experience.”

With the win, UCF improves their record to 2-0 for the season. The Knights will now host Savannah State on Sunday, Nov. 18, at 2 p.m.