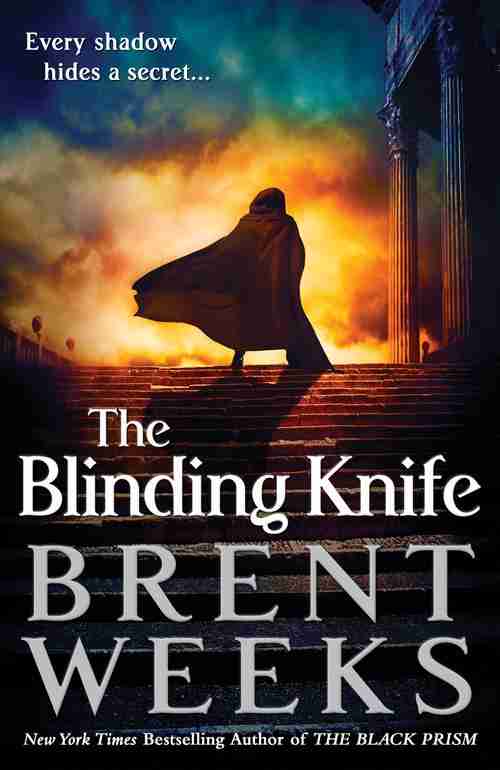 By Kara Boyt / [email protected]
Brent Weeks released “The Blinding Knife” on Sept. 11, the second book in his newest “Lightbringer” series.The tour began immediately upon release in Beaverton, Ore. and continues as he travels through 10 states. He is not scheduled for a night off until Sept. 22.He and his wife, Kristi, will enjoy a relaxing two-day vacation before they’re on tour in the U.K. until Oct. 2.

On the cloudy Wednesday night of Sept. 19, Weeks made his ninth stop in Orlando, FL.

About 60 fans sat in a Barnes & Noble bookstore. The Weekses arrived right on time and, after being introduced by a pirate, Mr. Week took the stand behind a wooden podium and asked the crowd to please refrain from throwing their underwear at him.

The audience laughed enthusiastically. Boredom, it seems, was not on the menu.

After a short talk, he read a chapter from the next installment of the “Lightbringer” series, “The Blood Mirror,” which Weeks said is only “tentatively named.”

In the Q-and-A, Weeks told us that after he finishes the fourth and final “Lightbringer” book, he plans on writing five to six more books in his “Night Angel” series.

The crowd was visibly excited by this news. With only a total of five books currently published, Weeks has already earned die-hard fans such as Sean Bromund, who drove three hours from Baymont Point, sold his Wii and borrowed money to get to the store to meet Weeks.

Perhaps the reason Weeks has been able to evoke such devotion is due to his extensive, two-part advice column to his fans, where he writes encouraging and insightful advice to aspiring authors.

Cindy Marihugh admits she’s not an avid reader, but she claims Weeks’ writing is different.

“You become enraptured in it. You don’t want to put it down,” she said.