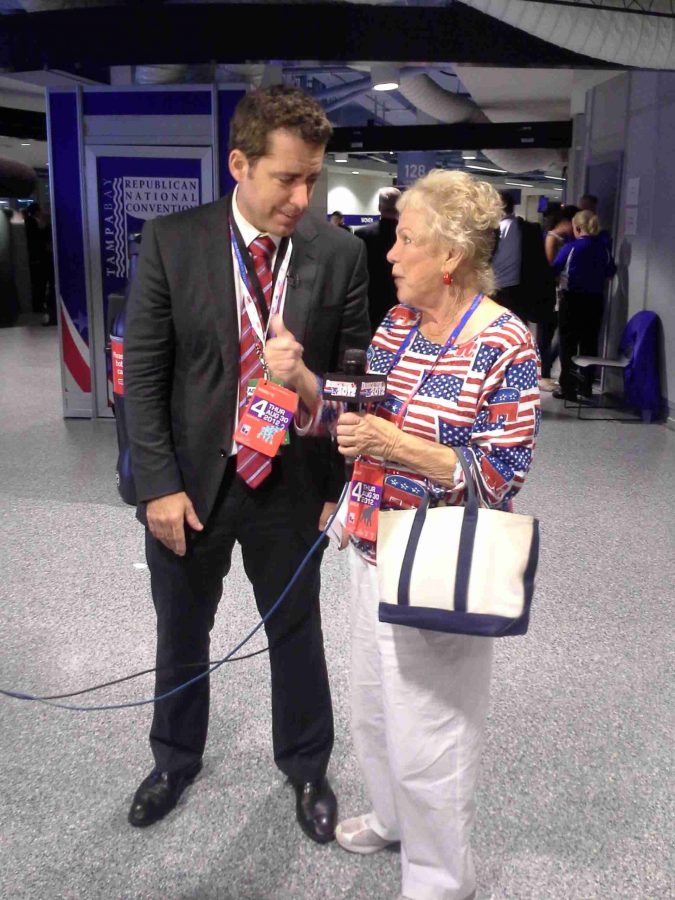 Jason Jones, John Oliver, Aasif Mandvi and Al Madrigal conducted a series of interviews in the hallways while passersby took photos with mobile devices and made remarks.

Many of the Republicans that stopped to spectate, like J.P. Guzzardo, had no ill feelings toward the comedic journalists, who are notorious for satirical coverage of right wing politics.

“They’ve got a right to be here like anyone else,” said Guzzardo, a guest of the California delegation who works in Tampa. After initially playing ignorant, he finally admitted that he watched the show and found it humorous.

“It’s important to be able to communicate to a large volume of people,” said Jonathan Kocurek, an alternate delegate for the state of Texas, adding, “‘The Daily Show’ makes people more politically literate.”

“I think they’ll have a lot of fun with our people,” grumbled a suite guest from Utah who asked to remain anonymous. “These guys can create satire anywhere, anytime. These people think they’re getting ready for a real interview, and then they get lampooned.”

“Here comes another sucker,” he said as Oliver enticed a woman dressed as the Statue of Liberty to speak for the camera.

Workers for the team probed out and brought back potential interviewees, who would talk to one of the correspondents and agree or disagree to participate.

“Come talk to my friend John. He’s great; he’s your baby,” said Jones to Carol Del Carlo before leading her over to Oliver for some screen time.

Del Carlo’s friends watched on as she was interviewed. “If what she says grabs someone’s attention, that’s good,” said Dan Burdish, alternate delegate for Nevada and peer of Del Carlo.

When the worker who brought Del Carlo gestured a thumbs up or down toward Jones, Jones gave a thumbs up and smirked while listening to audio of the questions and answers through a camera.

“I am who I am, and I’m not here to be someone else,” said Del Carlo after the interview. President of women Republicans in Incline Village-Crystal Bay, Nev., Del Carlo said she couldn’t wait to see the interview, but joked that they would certainly ridicule her.

The correspondents, who had been at the convention since Tuesday, said they were unable to provide official comment without prior vetting, due to rules at Comedy Central.

When asked what he thought about the tactics of the Daily Show correspondents, Kocurek, a Ron Paul supporter, remarked, “Humor has a funny way of unveiling truth.”