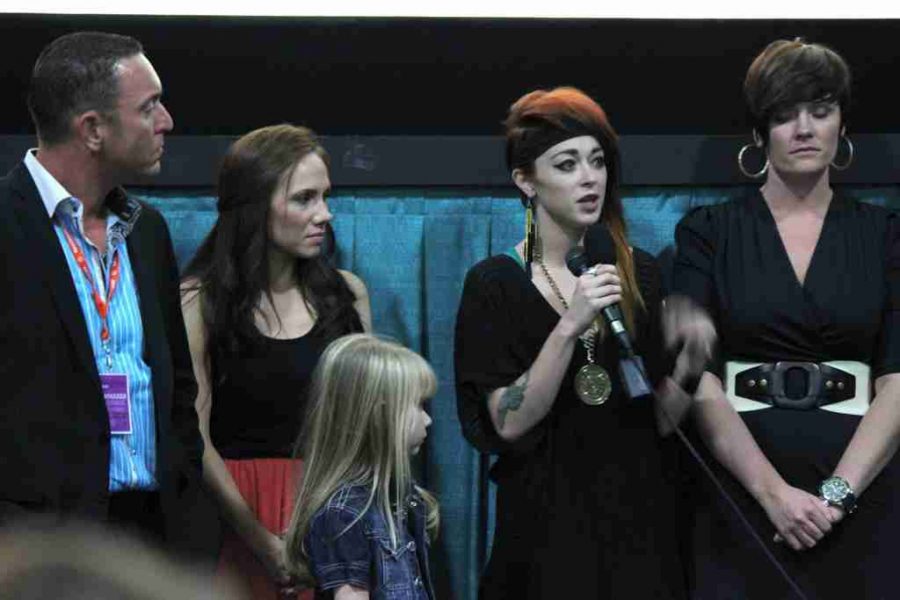 By James Tutten
The 2012 Florida Film Festival started off on Friday with the debut of “Renee,” a film based on the true story of Renee Yohe. The film focuses on the message of redemption, and is supported by the non-profit group, “To Write Love on Her Arms.”“I didn’t want this film to be about a cutter or an addict,” said director Nathan Frankowski. “I wanted it to be about this beautiful brilliant woman.”

The film takes on the serious issues that Renee endures, such as mental illness, drug abuse, sexual assault, self-mutilation and depression. After coming back to her family for help at her lowest point only to be rejected by her father, Renee is taken under the wing of another recovering addict named David McKenna. He helps Renee get into a rehab center after she endures a tumultuous detoxification, by providing her with safe refuge and guidance.

Kat Dennings, who plays Renee, does a wonderful job of creating a troubled protagonist that draws the attention of the audience. She passionately conveys the emotions and struggles of coping with addiction and rebuilding the broken relationships with the people she cares about. But, unlike the picturesque Hollywood happy ending, Renee’s story ends on the notion of recovery being a daily struggle.

Moments of music-driven flights of fancy are featured several times thought the film, as Renee slips on her headphones and her reality is changed. The intimidating halls of her high school become a celebratory music video incorporating the people she encounters cheering her on.

It’s these moments of fantasy of Renee as a child and young adult that show off the great special effects work of the film. Cartoon creations come to life on pages she draws on, and the visions of an older Renee dealing with her addictions are represented by an ominous, creeping fog that stalks her during moments of weakness.

Renee represents the hopeless lost cause with everything working against her. It’s only through her own redemption and the continued support of friends and family that she is able to get her life together and avoid becoming yet another tragic statistic to depression and drug abuse.

“I love the whimsical and artistic elements of the film,” said Renee Yohe after the film’s premiere. “Kat got in my head, and expressed how I experience the world through music and imagination.”

Yohe is currently working on her solo music project, entitled “BEARCAT,” which starts a national tour this week.