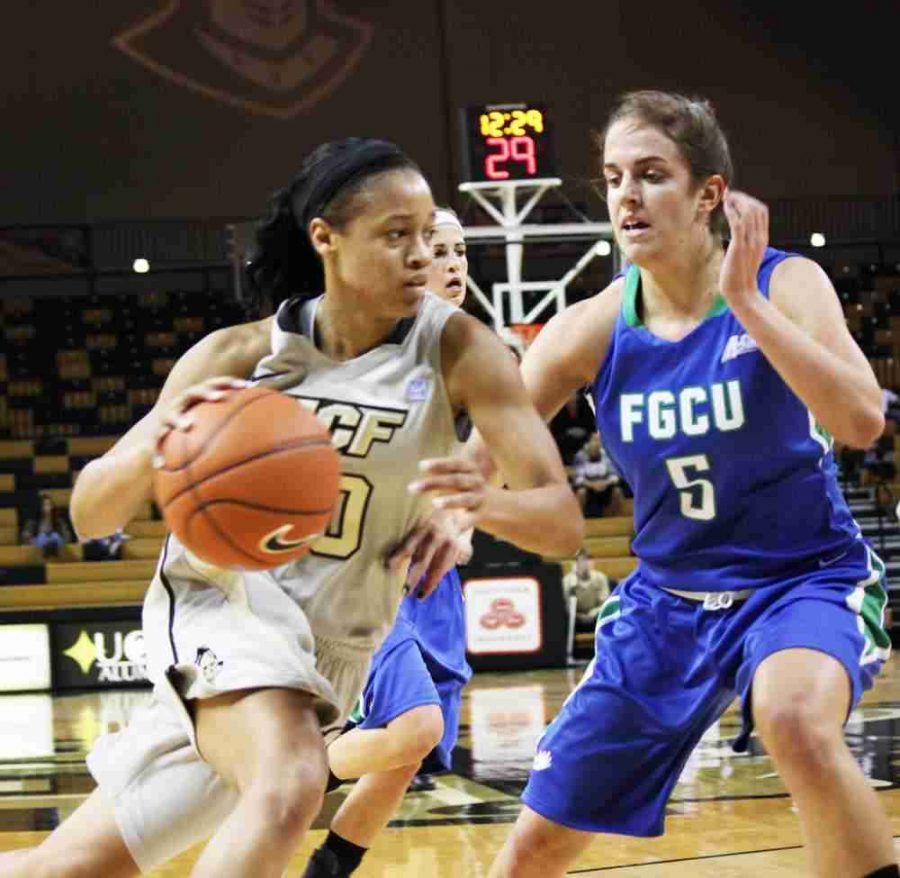 A leading 11 points from returning UCF senior guard Aisha Patrick and a close 10 points from junior forward Kayli Keough could not stop the Florida Gulf Coast Eagles from a 75-36 victory over the Knights at the UCF Arena on Thursday night.

The lady Knights faced off against the Eagles for the first time in three years looking for their first win in the series, but 29 turnovers from the Knights and 10 of 32 three-pointers from the field (50 percent in the second half) from the Eagles, allowed Florida Gulf Coast to extend to a five-game winning streak.

“The biggest story was the turnovers. It’s really disappointing that we give the ball away so many more times. Between 29 turnovers you give the other team 29 more opportunities to score.”

The end of the first half seemed promising for the Knights as sophomore forward/center Erika Jones gained four points from a foul in the last 30 seconds of play to bring UCF up only eight behind FGCU. Jones also helped UCF with a total of seven points and six rebounds for the night.

It was in the second half where the Eagles dominated, shooting 19 of 35 from the field. Sophomore Sarah Hansen finished with her third double-double of the season, with a game-high 20 points and ten rebounds. A combined effort from Hansen and senior Eglah Griffin produced six three-pointers for the night, with eight of 16 from the field in the second half.

The Knight’s leading senior, Aisha Patrick, returned for her first game back from missing three games due to a death in the family and said she was rusty. “It was bad on my part, and I’m going to come back and practice and do what it takes, execute the coaches’ game plan and come back stronger next game.”

Williams agreed with Patrick and said that her conditioning was poor. “Tired or not, fatigued or not, she has to be able to take care of the ball,” said Williams. “I think that’s where the root of our problem is and we better find a solution pretty quickly or it will be a long year.”

The Knights had been off for six days before Thursday night’s match ,with a loss to FIU (61-46) on Dec. 2, marking their first home loss against a Florida team since 2009 against the Florida State Seminoles. The Knights will go on to play the Savannah State Tigers on Sunday, Dec. 11 at the UCF Arena.