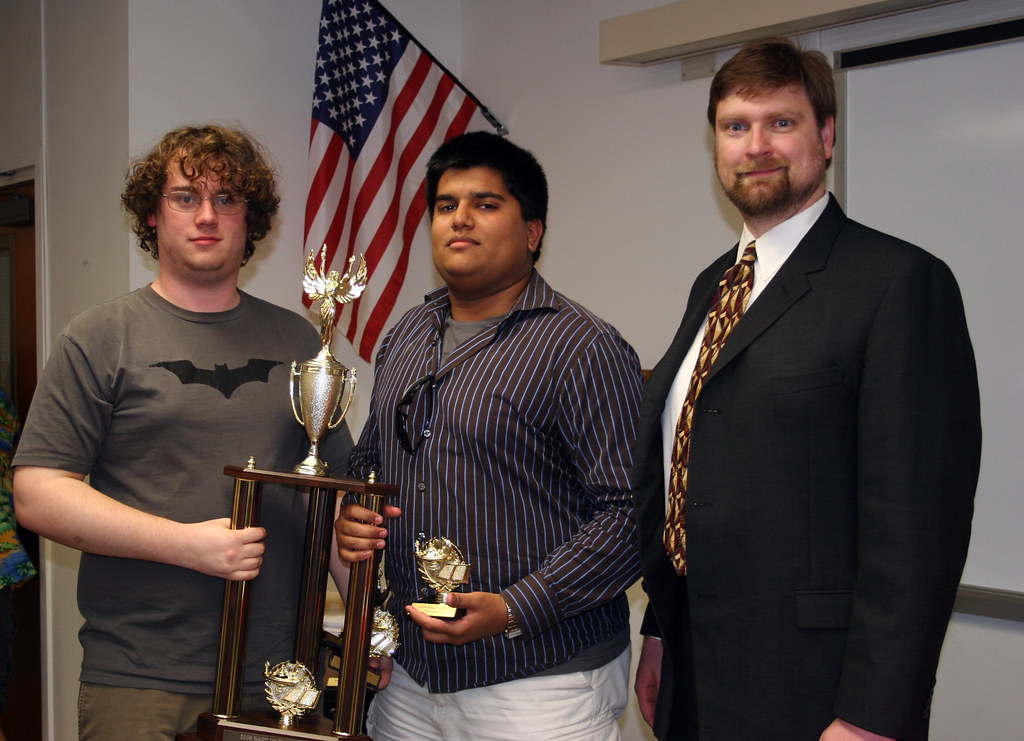 It was a long day at Valencia Community College for 24 teams from more than six states, ranging from VCC’s hometown Red and Black teams all the way up to J. Sergeant Reynolds, hailing from Richmond, Va.

For some teams, it was a longer process than others.

Valencia fielded two teams for this competition, the Red Team, or their first team, and the Black Team, their secondary team. The Red Team, led by captain Nolan Bensen, had a great day with a final competition record of 10-2, enough to put them in a three-way tie with Chipola College’s A team, considered one of the toughest challengers at the tournament, and the South East Alabama team.

These three teams competed in a playoff scenario, with JSR’s two man team getting a first round bye for their outstanding play. What makes this team so unique, is that it only fields two competitors rather than the traditional four, which is completely legal.

This is the first time JSR’s leading Brain Bowler George Berry has even had another player.

“It puts us at somewhat of a disadvantage, but I try my hardest and put in a lot of study time,” said Berry.

His assistant, as he called himself, Gautham Premkumar, competed at Berry’s side, but had to admit he was only a side show.

“I am firm saying this, that he (Berry) is the main man. I am just the help.”

Just the help or not, the tandem, in a great effort and was able to sit back and rest while the three teams in second duked it out for a chance to face him.

What made this rest sweetest, possibly, was the win by JSR less than an hour before the finals where he beat a then-undefeated Chipola team, knocking them into second place and securing his much needed mental health time.

In the first round of the playoffs, the Chipola team faced off against a tough team from the South East Alabama Community College, and from the onset it wasn’t much of a competition. Dominating practically the entire round, Chipola posted a victory with a final score of 155-50, and moving on to try and tackle Valencia’s Red Team.

Valencia started off srong, with Chris Muto nailing three questions in a row, and with Patrice Newkirk grabbing a couple of toss-ups. But the inability of VCC to convert coveted bonus questions left the door open for Chipola. It was a tightly contested match, but Chipola proved too much for Valencia, and defeated the Red Team with a final score of 155-135.

Securing third place, the Valencia team was proud of their performance, and optimistic about upcoming tournaments as well.

“We expected to be around the top six or seven, but three is great!” Remarked Mercedes Gosnell in a post-tournament interview.

Valencia was happy with their placement, but the final between JSR’s two man squad, and the highly favored Chipola A team was underway. To say this wasn’t even a real contest would be accurate, as JSR rolled over Chipola for the second time in three matches to secure a first place finish, the best finish in Berry and Premkumar’s Brain Bowl carrers.

After the game had finished, Berry and Premkumar were basking in reflective glory of their triumph. “It means a lot, to come out and be able to beat Chipola. We were aiming for the top seed, but who doesn’t? And then we got it. I couldn’t be happier,” said Berry.

A great victory capped a tiring two days for all of the teams, and when asked about their upcoming plans, more than one team said “food.” “We’re going to Ruby Tuesday immediately,” said Muto.

After that, almost all of these teams will ready themselves for an upcoming tournament in Dallas, Texas, where the national tournament will take place.

“We will keep practicing, up to 20 hours a week,” Gosnell said. “The competition will be harder, but we will work to improve ourselves for the tourney in Dallas.”