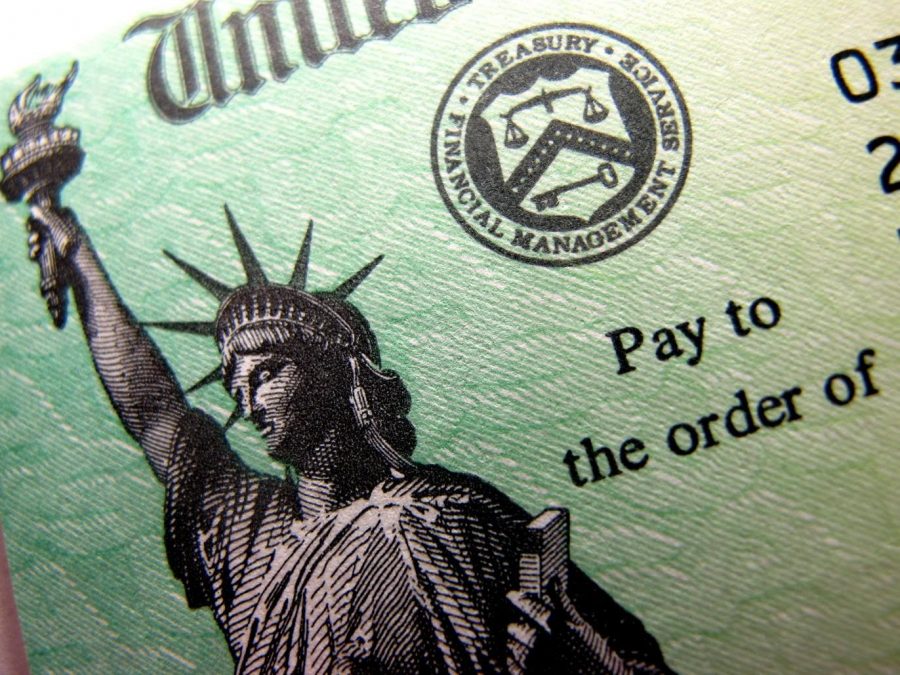 Biden signed the American Rescue Plan into law on Mar. 11. Since its passage, Americans have been receiving stimulus checks.

Congress granted many Americans stimulus relief with the CARES Act and the Coronavirus Response and Relief Supplemental Appropriations Act (CRRSAA). However, both bills posed an issue. Dependents who were at least 17-years-old–a group that largely comprises college students–were ineligible for stimulus relief. In addition to this group, senior dependent citizens did not qualify either.

On Jan. 14, Biden announced his plans to release the American Rescue Plan, a $1.9 trillion plan to assist with the economy and COVID-19. The plan passed in the House and Senate, and Biden signed it into law on Mar. 11. Since its passage, Americans have been receiving stimulus checks.

Eligible Americans, now including all adult dependents and households with mixed immigration status, will receive up to $1,400 in stimulus relief. Individuals making less than $75,000, heads of household making less than $112,500 and couples making less than $150,000 will also be eligible for a stimulus check. Individuals making between $75,000 and $80,000, heads of household making between $112,500 and $120,000, and couples making between $150,000 and $160,000 still qualify for stimulus checks, but the amount may be less than the full stimulus amount. The information Americans reported in their 2019 or 2020 tax returns determine their eligibility and the amount they receive in their stimulus check. The IRS will refer to Americans’ 2019 tax returns if the IRS has not processed their 2020 tax returns yet.

In addition to the stimulus check, the American Rescue Plan will provide support for education and child care, aid for state and local governments, support for small businesses, housing aid and COVID-19 testing and vaccine distribution. The American Rescue Plan also extended unemployment benefits to September, so unemployed Americans can continue receiving $300 a week.

“It could really help our economy boost,” Valencia student Karsyn Oliver, 19, said. “After COVID-19, everything had gone down, so now we will actually be able to afford some things while we are still working during lockdowns.”

Similar to the American Rescue Plan, the CARES Act provided extensive aid to state and local governments, schools and American citizens. However, the stimulus eligibility requirements outlined in the CARES Act excluded many college-aged students from receiving stimulus relief, a precedent that also continued in the CRRSAA in December.

Eligibility requirements for student emergency relief can be found on the Valencia HEERF II Website. Applications for HEERF II funds opened Apr. 7 and will remain open until Apr. 20. According to Barkowitz, there are also additional resources and financial aid for students who are not eligible for emergency aid. “In partnership with the Valencia College Foundation, we set up something called the Valencia Support Fund, a process available for students who were not eligible for the HEERF Fund because of their status and can qualify for the same amount of money,” Barkowitz explained. “The money is just provided by our donors and by the Foundation, rather than by the federal government.”

Having to pay tuition, bills, and living expenses while not receiving stimulus aid hurts, Oliver said. “It makes it difficult to live, and we have to work harder and work more hours to pay for what we need.” Now, with the eligibility for relief extended to dependent Americans, Oliver remains hopeful. “When we get the stimulus, it will give us a nice, little break so it won’t be so rough on us. It will be nice not to have to work so many hours and have time to do school, so I’m excited for that.”