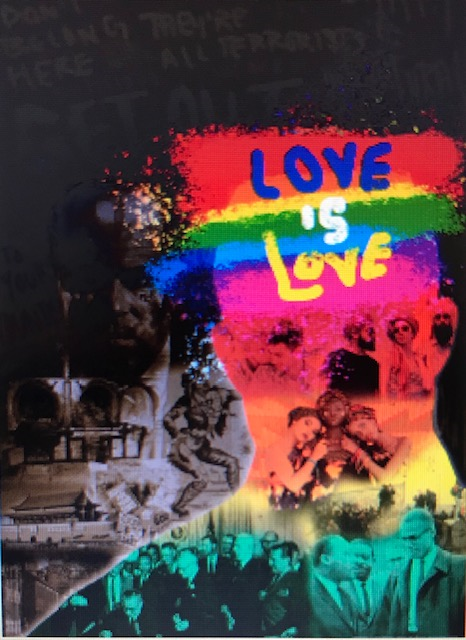 Phoenix Magazine and Valencia College are partnering up to give artists the opportunity to express themselves, gain exposure, have their works published, and possibly win $100.

Phoenix Magazine is a literary award-winning magazine published annually. Per their website, Phoenix Magazine features art, poetry, and prose from some of Valencia’s most talented students — it’s 100 percent all student’s work.

The magazine has received national recognition by the National ACP Pacemakers, the Community College Humanities Literary Magazine, the Florida Print Awards, and many others.  Phoenix has competed alongside other 4-year colleges throughout the years. Professor Zurmoski expressed her pride when speaking of the awards received. Exposure through Phoenix magazine can help any artist’s career.

Professor Zuromski, a 15-year Valencia College Adviser, was very excited to get the information out to all artists. Emails have been sent to the student’s atlas with more information and will continue until the deadline.

In an added attempt to spread the word and urge participants to submit, Zuromski was asked about the benefits to participating. She explains Phoenix Magazine is “open to everybody and that’s better than most college magazines,” she said. “Artists of all kinds, visual artists, poets, writers, to be able to get their work out there through publication.”

Four students will be selected for the four categories and the reward money, but artists may still be featured in the magazine even if they’re not selected. This opportunity is a great way for an artist to build their portfolio. There has been “a lot of good feedback about that, too,” Zuromski explained when asked about how participating is beneficial outside of the reward money.

Another benefit is no topic is considered off limits. There are no restrictions when it comes to good art. “We believe in the power of a creative outlet,” Zuromski said. She shares the importance in students expressing themselves through their choice of art without censoring. “We don’t believe in censoring at all. We are only after excellent art,” Zurmoski confidently added.

Former chief editor of Phoenix Magazine, Bruno Sato De Oliveria, currently attends Rollins College. He excitedly spoke about his experience with Phoenix Magazine and Zuromski. Sato said of Zuromski, “Her passion for teaching and creating is contagious, and by her side, I was able to awake a dormant passion for writing and creating that became a refuge where I could be free to create and express my creativity without the fear of being judged.”

Blake Gama, another former editor and participant also says, “ Zuromski was always open to her students. She would always consult us about where to take the class, and she was always there when we needed to talk. She was patient with us and enthusiastic about the magazine. It was impossible not to see how much she loved that magazine, and her excitement was contagious.” Gama was an editor for Phoenix Magazine in 2019 and is featured in the 2020 issue.

Phoenix advisers submit entries to other local and national competitions. Gama said Phoenix and it’s Professors “Had a profound impact on me as a writer.” He’s grateful for his experience with Phoenix, telling us “It was thanks to my experience as an editor of the Phoenix Magazine that I decided to try and get my work published in Literary Magazines. It was thanks to my experience in Phoenix Magazine that I discovered how pleasurable it was to discuss about stories, their structures, their meanings and their images with others.”

Submissions are being accepted now until Oct. 11 and visual artists submissions are open until Dec. 11. Anything submitted after the deadline will be held and reviewed for the following year. The best entry in four categories: Nonfiction, fiction, poetry, and art, will be selected and announced in Jan. of next year. COVID-19 will have no effect on selections or payments. Once the winners are selected and contacted, Student Development will distribute the prize money, but the real prize is in the exposure and publication.