Florida Mayhem upset the Paris Eternal with a 3-0 win 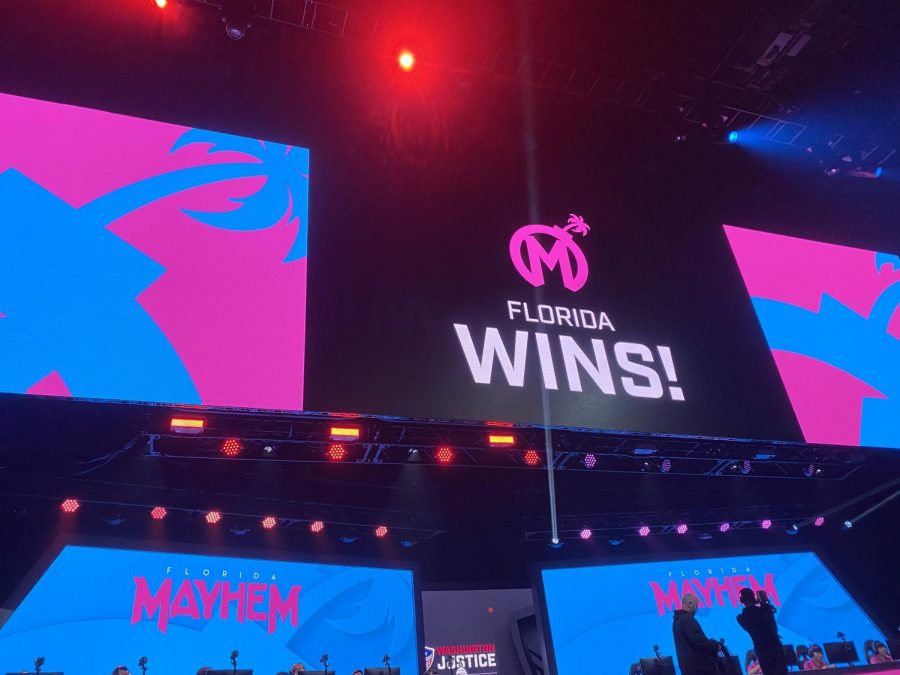 Florida after their win on Junkertown against the Toronto Defiant prior to COVID-19 moving the matches online.

The Florida Mayhem bounced back from a 3-0 loss to the Atlanta Reign last week to upset the Paris Eternal in a one-sided affair.

To start the season, Florida has been beaten and bullied by the other teams it has faced. They faced some of the best that the Atlantic Division had to offer, such as the New York Excelsior. This week, the Mayhem found themselves in a similar position when they had to face the Eternal.

The Paris Eternal are considered by many to be one of the top teams in the Overwatch League (OWL), with a definitive win over the Houston Outlaws and a narrow loss against the Philadelphia Fusion after being reverse swept.

In this week of the OWL, the heroes, McCree, Widowmaker, Reinhardt and Brigitte, would be banned due to hero pools. All but Brigette are key picks for Florida, which forced them to be more creative with their hero compositions in order to pull out a win.

During the first round of game one, Oasis Control, Florida mirrored Paris’ composition with a small difference using Mei while Paris used the Doomfist. Both teams ran a double shield composition with Orisa and Sigma, accompanied by Moira and Lucio. To start the game, the Eternal’s Nicolas “NiCOgdh” Moret had a crucial seismic slam on the Doomfist, which was set up by Daun “NoSmite” Jeong’s Orisa – leading to a team wipe of the Mayhem. Florida would bounce back by completely dominating the remainder of the round.

In the second round, even with a huge play by Paris’ Brice “FDGoD” Monsçavoir on the Lucio to begin the round, Florida made quick work of Paris – and won game one 2-0.

Rialto escort is one of the only two maps where the Mayhem has an overall win rate of sixty percent. This includes season one, season two, and what they have played so far of season three. This was the second map of the series.

Florida began on the defensive side, once again running the same composition from the previous match – with Sang-bum “BQB” Lee later switching to Ashe. The Eternal managed to capture the first point with ease, but with a good combination of abilities by Pan-seung “Fate” Koo playing Orisa, Beom-jun “Gargoyle” Lee playing Sigma and Jun-soo “Kris” Choi playing Lucio, the Mayhem were able to stop the push in its tracks. Despite a back cap attempt by Paris’ Luis “Greyy” Perestrelo, Florida was able to stop the Eternal from capturing the second point.

On the offensive side, the Mayhem changed their composition, picking Soldier:76, Tracer, D.Va, and Ana. On the way to capturing the first point, BQB had a huge play on the Soldier:76, eliminating three with his ultimate, combined with Ana’s Nanoboost. With the same domination they portrayed on their defensive hold, Florida dominated their offensive push to win the map.

During the series, Florida showed a lot of expertise with the composition that they chose to run for most of the series. Yaki and BQB worked really well together with the added bonus of Fate and Gargoyle using their abilities perfectly. The Mayhem looked like a completely different team than what they showed this season.

In the third and final game of the series, Humani Hybrid, the Mayhem began on the offensive side, running the same composition that they have been running most of the series. Florida quickly gained control of the high ground, which led to a swift payload capture. They dominated their way through to the third and final point where the Eternal managed to stall them until they had 1:41 left in the timebank.

Florida played into Paris to start their defensive side, leading into the Eternal punishing them and having to give up the first point. Even with a key hero swap by BQB to counter NicoDH’s Pharah, the Eternal continued to dominate the Mayhem at an even faster pace — finishing with 2:42 in the time bank.

On the Mayhem’s second offensive side, they captured the payload in overtime after their first push was unsuccessful. Even with the usage of four key ultimates in an attempt to keep the payload moving, they were stopped short of the second point.

To respond to Paris’ second offensive push, Florida slowed down the Eternal’s payload take, later stopping them right before the point – winning the series 3-0 and dominating Paris in the process.

After Friday’s win, the Mayhem are currently 3-4 and 13th overall in the standings. With the big upset win over the Paris Eternal, Florida looks to continue their momentum into next week. The Mayhem face off against the Boston Uprising on Saturday, April 26.