The Corona Diaries: “I woke up and enjoyed a great muffin today, so I started off in a pretty good mood.” 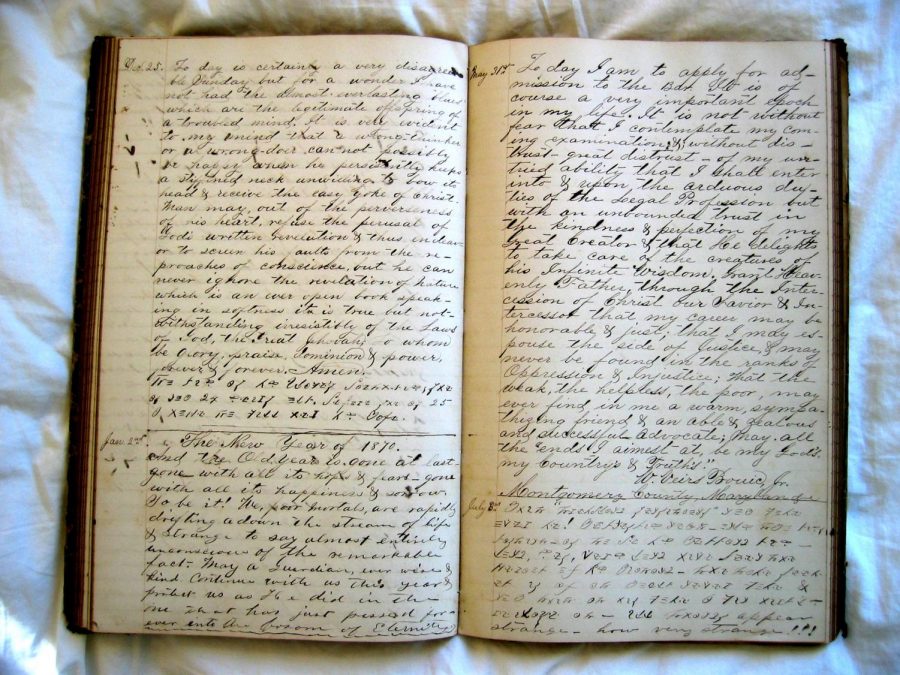 "So I woke up bored and with nothing to do again but I’m still not gonna complain because things could be worse."

This morning I went to work around 7 a.m. and a few hours later I was informed that I had to leave early. I had gone to the airport 10 days ago and could not return to work until I had been in quarantine for fourteen days. I was honestly excited because I didn’t really want to be there anyway, but as I sat at home I thought about what the heck am I going to do this whole week. Then I decided that I wanted to re-organize my closet and color code all my clothes according to the rainbow. I’m not organized in general and all of my friends know this and the fact that I actually did this is honestly pretty shocking. I’m a very cluttered person and even my best friend didn’t really know why I did it. It took a long time because I have a lot of clothes and to take everything out and re-organize it by color was a very tedious task. Plus I was doing laundry all day. Other than that I felt bored – I just kept watching YouTube videos and scrolling on TikTok for hours.

This morning my friend wanted to try the new Wendy’s breakfast menu so she picked me up before the Journalism class Zoom meeting. The line was so backed up because it’s not like you can go inside and sit down. I was pretty pleasantly surprised with their breakfast and I highly recommend it over other fast-food breakfasts. After the Zoom meeting, I just crawled back into bed and I feel like I watched almost every YouTube video ever. After being so bored and realizing I’m complaining too much I had to take a step back and realize what I’m living through. The fact we are forced to stay home because if we don’t we are put at risk to contract and spread this virus is insane to me. It’s nothing I’d ever expect in my lifetime.

This morning I slept in until noon which is pretty late for me considering I hate sleeping past 10 a.m., but when I don’t set an alarm I could sleep in forever. I went grocery shopping with my friend and her parents today and we might’ve gone to about three grocery stores. There was no meat anywhere, which was what they were looking for. I just wanted to get a big package of Powerade so I would have something to drink in my apartment. In BJ’s they had someone over the intercom repeatedly tell people they need to stand six feet apart which is literally insane to think about. It’s crazy that that’s a rule now that you have to stand six feet in between people. I also used so much hand sanitizer that day it was starting to dry out my hands. On top of that, I had to kept wash my hands because a grocery store would be a great way for a virus to get around.

I woke up and enjoyed a great muffin today, so I started off in a pretty good mood. And I am now starting to realize that my favorite part of my day now is taking a shower. Like that is the most eventful thing for me is taking a shower every day. I can’t believe that I’m so bored that just getting clean it’s just so fun to me now. I feel like there’s nothing I want to watch on TV anymore. I try to watch a few shows and catch up, but I just can’t sit down and get into anything because I’m too antsy and I can’t focus or pay attention to anything. I’m so bored of watching YouTube videos because I feel like there’s nothing interesting anymore. It’s also hard to look on my social media now because everything is about the coronavirus – there’s nothing positive in the news or at least anything big that’s positive in the news. All I see is the death toll rising and the number of new cases rising. It’s pretty sad that we as a planet are all going through the same or similar things right now.

I feel like I’m starting to go stir-crazy because there is nothing to do and I have no plans. Just wake up, take a shower, eat something and then do literally nothing. My brain can’t even focus on anything anymore. I’m just so out of it because I want to do things as in, I want to go to the movies, I want to go shopping, I want to go out to eat with friends, I want to do literally anything. I’ve even started to actually post on TikTok which is so embarrassing but I don’t even care anymore. Yes, my friends are judging me but that’s okay. I just need to think positively. For example, everyone in my household is healthy right now and even though my dad cannot work it’s not the complete end of the world.  It could be worse,  my family up north is healthy, even my grandfather. I’m so grateful and happy that he has not contracted this serious virus that could potentially harm him so I should be grateful.

So I woke up bored and with nothing to do again but I’m still not gonna complain because things could be worse. Right now I’m honestly just chilling. Even though I just found out I can’t receive the $1200 that we’re getting from the government because my dad claimed me on his taxes, but money isn’t everything and things could be worse for me. I also started to watch the new Amazon show called Making the Cut which is basically like Project Runway. Fashion designers compete against each other and features Heidi Klum as the judge and Tim Gunn as the mentor. So, right now I’m just grateful but still a little on edge.