Florida Mayhem fail to win a series in Houston homestand 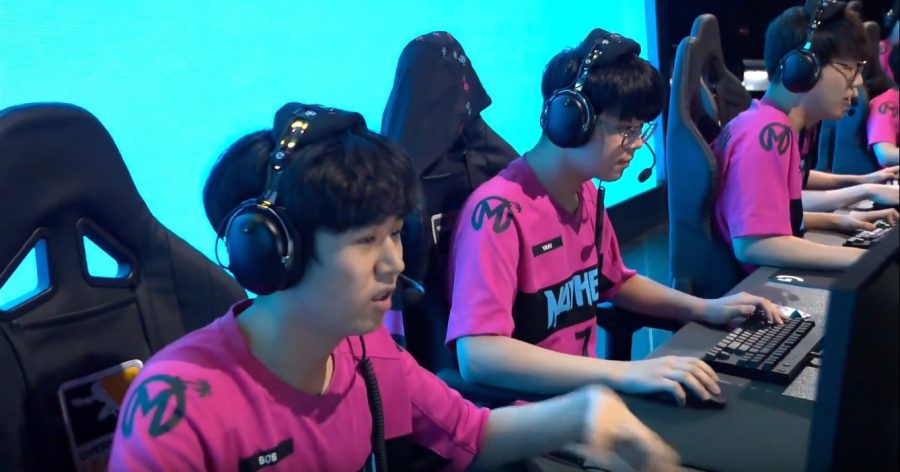 "BQB" and Yaki after their win on Horizon Lunar Colony

The Florida Mayhem failed to win a series this past weekend in the Overwatch League (OWL), as they were completely dominated by the New York Excelsior on the first day then narrowly lost to the London Spitfire on the second.

The last weekend they played, the Mayhem had issues with their lineup having indecisiveness with what they wanted their starting roster to be. There were a number of mid-series adjustments and of players like Pan-seung “Fate” Koo and Beom-jun “Gargoyle” Lee and others.

Going into their match against the Excelsior, Florida was looking to rectify these issues by having Fate be their starting main tank for the first time since last season.

Coming into this series, the Excelsior were 3-1 and fourth in the standings, having only lost to the number one team – the Philadelphia Fusion. The Mayhem, who also lost to the Fusion, were looking to add some more wins to their record after going 1-1 last weekend.

In game one of Ilios control, the Mayhem had more of a pick composition with Sang-bum “BQB” Lee on the Widowmaker – looking to pick and choose their battles and hopefully get an elimination before a fight started. New York had more of a streamlined composition with heroes such as Mei and McCree. In the first round, the Excelsior swept the Mayhem right under their feet, taking the point 100-0 percent. In the second round, Florida came out with their patented Sombra and Doomfist DPS duo, but like round one, New York swiftly took a 99-0 percent lead with the Mayhem briefly capturing the point. Florida’s efforts weren’t enough, leading to a 2-0 victory for the Excelsior.

In game two of King’s Row Hybrid, the Mayhem switched out main tank, Fate, for San-ha “Karayan” Choi. Karayan was brought in as a Reinhardt specialist since King’s Row is a map favored for him. To start the map, the Mayhem were on defense quickly trying to set the pace with aggressive positioning, but the Excelsior thwarted it, leading them to capture the first point and begin pushing the payload. New York continued their domination and steamrolled through the first two points, having the Mayhem give a bit of resistance in the third and last point, ultimately obtaining all three of their points on the offensive side. The Excelsior forced Florida to take risks – such as the aggressive positioning – which didn’t pay off.

On offense, the Mayhem had BQB play the Widowmaker to begin the push, allowing them to take a better position looking to get the first point. After a set of back and forths, they were able to capture the point with the help of a crucial Earth Shatter from Karayan playing Reinhardt. The Mayhem were able to capture point B in an overtime push once again helped by a set of huge Earth Shatters by Karayan. With clutch plays from every single player, they were able to push it to the time bank – hoping for a draw. But even with a small resistance from Florida, the Excelsior were still able to capture the first point, winning game two.

The Mayhem started game three of Temple of Anubis Assault with BQB playing Hanzo looking to do more shield damage on the opposing Reinhardt but giving up presence on the point. The Excelsior were meticulous with their offensive push taking both points A and B and going up 2-0 into their defensive side.

With an early pick from BQB’s Hanzo onto Hae-seong “Libero” Kim’s Mei, the Mayhem quickly took point A on their offensive side. A key stagger by New York onto Gargoyle led to it not being substantial. Even with this quick take of point A, the Mayhem weren’t able to get past the Excelsior’s defenses. New York once again had another key stagger onto Gargoyle that led to Florida losing a good amount of time, as the Excelsior defeated the Mayhem 3-0.

Coming into day two, the Mayhem were looking to go 1-1 once again like the previous weekend after losing to the Excelsior. They faced off against the London Spitfire who were 2-2, having had a complete overhaul of their roster only keeping one player from the previous season.

In one game one of Ilios Control, the Spitfire were copying Florida’s strategy from the previous day, having Gil-seong “Glister” Lim on the Widowmaker forcing the Mayhem to avoid his sightlines and take more skirmishes. The Mayhem started out the first round strong, led by BQB’s McCree, but his switch to Widowmaker to combat Glister’s ultimately led to them not being able to regain the point back losing the first round.

In round two, Florida once again came out with their Sombra and Doomfist combo proving to be useful, allowing them to take the first cap of the point. Even with BQB’s ultimate getting canceled, the Mayhem were ultimately able to force it to a third round.

In the last round, the Spitfire came out with a Pharah but were countered by BQB’s McCree. Florida held the percent lead for most of the round and closed it out, winning the game 2-1.

In game two of Eichenwalde Hybrid, Florida was first to start on the attacking side. The Mayhem struggled to gain control of the first point, but they ultimately were able to obtain it after a mistake by the Spitfire failing to contest the point – they got off the point squandering the possible full-hold. Even with that, the Mayhem were unable to get the second point due to the Spitfire’s stalwart defense and creative strategy of picking Symmetra to be able to contest the point quickly after they spawned. On the second side, London quickly took control of the first point, continuing that momentum up until they captured the second point, tying up the series 1-1.

On game three of Horizon Lunar Colony Assault, even with BQB’s immaculate sightline play on the Widowmaker, the Mayhem were unable to hold off the Spitfire on the second point, allowing London to obtain both points going into the second side. On Florida’s offensive side, they bullied the Spitfire off the point taking control of it quickly. This quick take led to a fast building of ultimates giving them the ultimate advantage over the Spitfire, allowing them to take 66 percent of the second point  – securing it later and forcing the map into a timebank.

London had the first attempt at timebank, obtaining the first point with 43 seconds remaining. Continuing the push, the Spitfire looked to take the second point but Jun-ki “Yaki” Kim and his Doomfist thwarted it. After looking like they had no gas left in the tank, Florida was able to capture the first point in overtime, leading to a quick second point and winning map three.

For game four of Havana Escort, the Mayhem started on the offensive side, but due to the Glister’s Widowmaker, they were delayed on the first push, only giving them two minutes to capture point and move the payload. Florida quickly took the second point to make up for it, but they were unable to finish out their push.

Going into the second side, it was London’s turn to push the payload. Glister’s superb Tracer play forced BQB to switch to McCree after starting the second side with Widowmaker. Florida took a gamble of forcing the Spitfire into a similar situation that they were when they had to push the payload, forcing London to respond by quickly getting point B. This gamble wasn’t enough, and the Spitfire finished the map tying the series at 2-2.

With a dive composition to start game five of Oasis Control, the Mayhem dominated the Spitfire, getting up to 66% behind Yaki’s Doomfist play. Florida later squandered the lead that they built by switching to a more streamlined composition of McCree and Mei, losing the first round. In the second round after being down 99-0 percent, the Mayhem almost mounted the comeback, but ultimately fell – losing their second match of the weekend.

The Mayhem are currently tied for 11th in the standings and will be looking to for more wins during the fifth weekend of the OWL in Washington D.C. for the Washington Justice’s homestand on March 7.