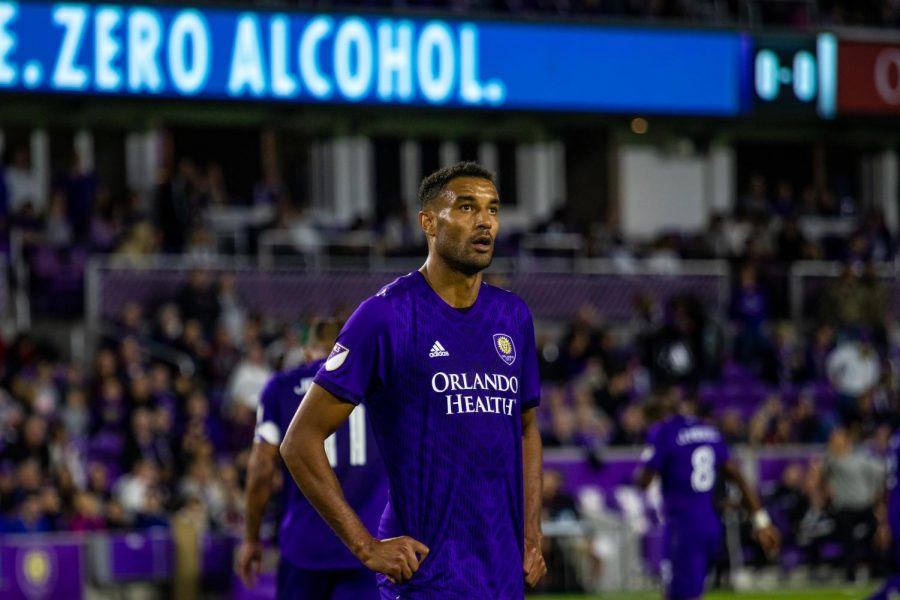 Despite multiple opportunities to score by both teams, neither was able to capitalize, as the Orlando City Lions home opener against Real Salt Lake ended in a 0-0 tie.

Right of the bat, Orlando came out with a lot of pressure, which created a few chances to score.

One of Orlando’s best chances in the first half came in the first five minutes of the game when Orlando’s City midfielder Mauricio Pereyra sent a ball over the top to forward Tesho Akindele. Akindele went down inside the box while trying to shoot the ball, but the referee did not call for a penalty and the teams kept playing.

Another big chance came at the 17th minute mark when Orlando’s right back Ruan Teixeira came from the right side, cut inside, then sent a cross to Chris Mueller, but he couldn’t get his foot on the ball between the Real Salt Lake defenders.

The remainder of the first half was mostly controlled by Orlando. The Lions had the ball for 51.3 percent of the possessions compared to Real Salt Lake’s 48.7 percent. Orlando also had three shots while Real Salt Lake had two shots.

The second half of the game was more interesting, as both teams came out and pressured each other right away. One of Orlando’s best chances in the second half came in the 74th minute, when Pereyra passed the ball over the top to Mueller, he tried to control it with his chest and volleyed it to the goal, but Real Salt Lake’s goalkeeper Zac MacMath saved it from going in. Another big chance for Orlando was in the 83rd minute when Roberto Pereyra hit another over the top pass, but this time to Robinho de Souza and he couldn’t control the ball which led to Real Salt Lake’s defense knocked the ball to Mueller, but the shot was just over the bar.

Orlando and Real Salt Lake created a lot of chances in the second half, but the game ended in a draw. Orlando City outshot Real Salt Lake 9-5, 2-1 shots to the goal, and controlled possessions 50.7 percent to 49.3 percent.

“The first one [was] over the top I brought it down well and couldn’t really generate the power and directed where I wanted it to,” Mueller said of his missed opportunities. “Second one,  just yeah, I’ll think about it tonight for sure and I’ll score it next time.”

“We had everything there for the taking,” Mueller said. “I thought we moved the ball well, I think we could have had a little bit more quality in the attacking third, a little bit more patience on the ball to circulate and maybe find a better pass, me included, so I think that we’ve all got to improve and learn and focus on the next game.”

“We could not put the ball in the back of the net, unfortunately,” Orlando City’s coach Oscar Parejo said after the match. “But the performance was very right and our players had a great effort and the intensity and the passion that I want to see from this team was on the pitch and I’m very proud.”

Orlando City will be back in action on March 7 when they go on the road to play the Colorado Rapids at 9 p.m. Eastern Standard Time.