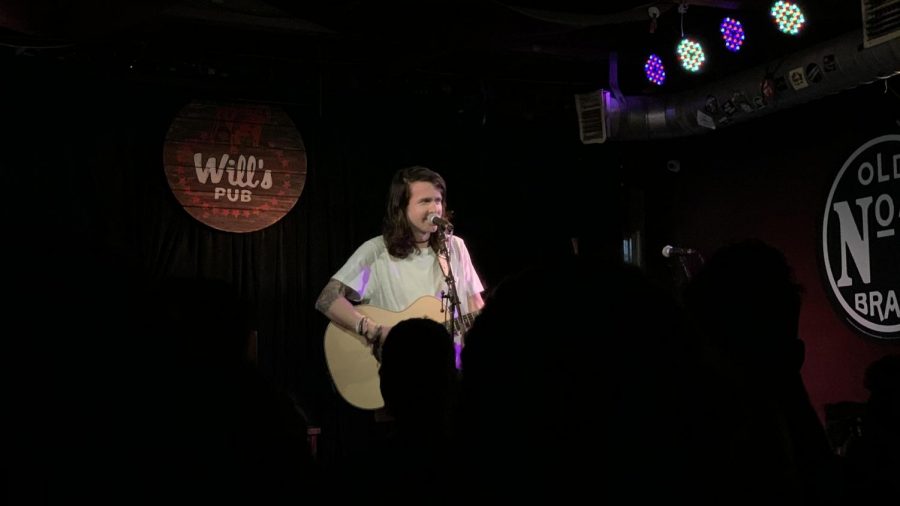 With a mix of cover songs and new material, Derek Sanders began his three-day solo tour on Saturday at Orlando’s Will’s Pub.

Best known for being the current frontman of the Florida rock band Mayday Parade, Sanders embarked on his first-ever solo tour joined by the bands Stages & Stereos and Wilder Sons. After Orlando, Sanders traveled to Atlanta, Georgia. and Nashville, Tennessee. All three events were held in more intimate venues, a different atmosphere compared to Mayday Parade’s larger shows.

Sanders released a solo EP titled My Rock and Roll Heart on February 14, though his solo work has been a long time coming.

“The first song that I recorded for this project was recorded three years ago,” Sanders said. “It’s something I’ve wanted to do and have thought about doing for such a long time. And now to be here – this is my first real solo show so I’m kind of nervous but excited.”

Fans did nothing short of support Sanders’s acoustic set, as the show in Orlando was sold out.

Sanders will continue on a Spring tour with Mayday Parade, beginning in April of this year, kicking off in Gainesville, FL.

This story was updated to reflect the editorial standards of the Valencia Voice.