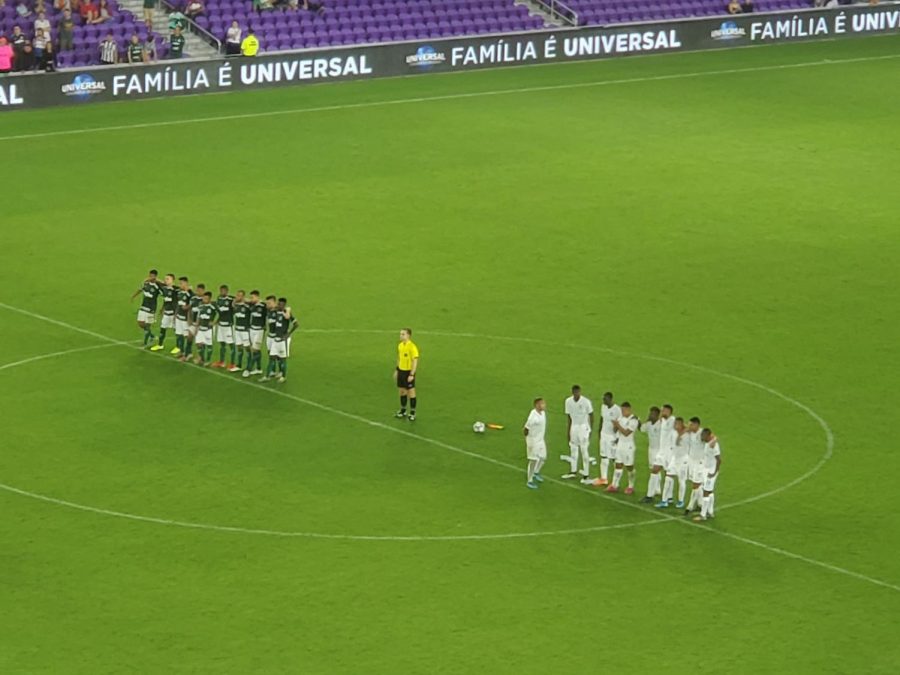 Palmeiras and Atletico National before penalties.

Day one of the 2020 Florida Cup is officially in the books. Corinthians has an early leg up on the competition while New York City FC faces an uphill climb. Here’s a recap of the first day of action.

In the first half of the game, Corinthians forward Luan Guilherme de Jesus Vieira scored on a free kick in the 11th minute, curving the ball to the left side of the net to put his club up 1-0.

Later during the 30th minute, Vieira scored yet again with an incredible rocket from his right foot to the bottom left corner of the goal to make it 2-0 for Corinthians to finish the half.

In the second half, Corinthians had many opportunities to score, but they were unable to capitalize. In the 75th minute, NYCFC finally got on the board with some help from Corinthians defender Bruno Méndez, with an own goal to make it 2-1. NYCFC couldn’t find a way to muster an equalizer as they ultimately fell to Corinthians 2-1.

Both teams rotated the majority of their players and at times even all of them. The game became more electric in the second half when NYCFC got more chances to score. They held up well with their young academy players against a more veteran Corinthians team.

“I was very pleased and very impressed with how we played, what I was most pleased about was … we kept together, compact as a whole team,” NYCFC coach Ronny Deila said. “All of the youngsters were very impressive. I was very proud of the team spirit and the discipline.”

“It’s important when new people come into the club, whether it’s a coach or a player, and you feel that they really want you there,” Deila said. “So, I’m so impressed about the staff and the players, the way the togetherness in the club is like a family feeling. That makes everybody settle down much quicker.”

There was a lot of action from the start. Both teams did good job of attacking and defending. Palmeiras had good chances at the start, but after the 25th minute mark, their players appeared to get tired and the game was played at a slower pace. There were still a lot of opportunities from both sides, but neither capitalized and the game was scoreless at the end of the first half.

The game began to get more interesting during the second half. In the 48th minute had a chance to score the first goal of the game, but Jailson Marcelino dos Santos, Palmeiras’ goalkeeper, denied Atletico from getting on the board.

Three minutes after the last National chance, dos Santos made another huge save, to save his team again from getting conceded.

Palmeiras almost won the game in the 89th minute with a shot from Gabriel Veron Souza, but his shot was just inches wide of the far post.

The game had a lot of incredible opportunities but also had incredible saves from both goalkeepers. The game went to a penalty shoot-out, with the score at 0-0.

The standings are as follows:

The winner of the 2020 Florida Cup will be decided after Saturday’s final games: New York FC vs. Palmeiras at 2 p.m. and Atlético Nacional vs. Corinthians at 5:30 p.m.