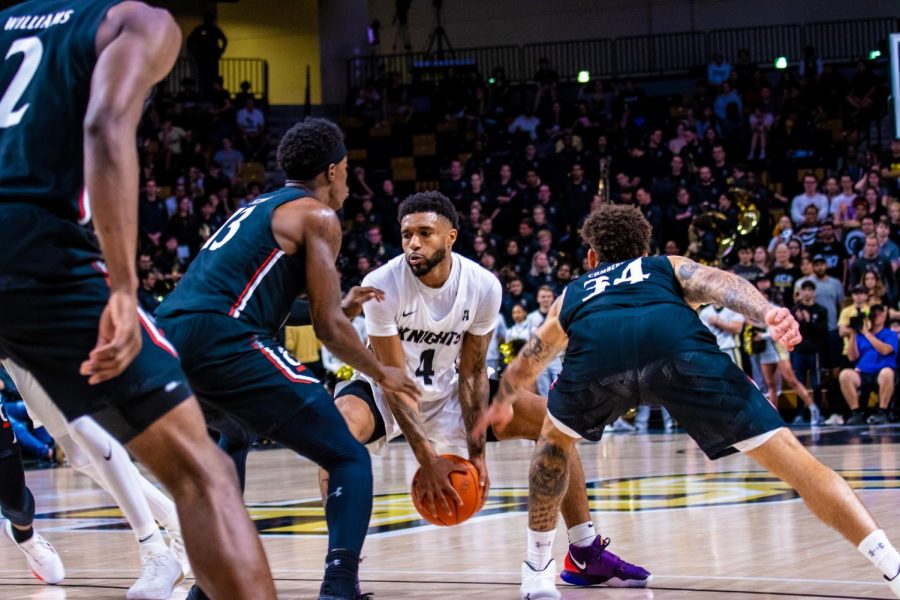 The UCF Knights squandered a halftime lead and were outscored 42-25 by the Cincinnati Bearcats in a 68-54 home loss – their fifth-straight.

“A tale of two halves,” UCF (9-7, 0-4) head coach Johnny Dawkins said. “[Cincinnati] played really well in the second half, I thought their execution was really good…We had opportunities. In the second half, we had a lead and we went through a bit of a drought and about eight minutes. In about 13 minutes we only got four field goals, we can’t have that in games like this. Our offense has to complement our defense.”

The Bearcats (10-6, 3-1), also had three players in double digits. Keith Williams led the team with 16 points to go along with Tre Scott scoring 14 points and Chris Vogt adding 13. Jarron Cumberland led all players with seven assists.

With the loss, UCF has not only dropped five straight games but has started off American Athletic Conference play with four consecutive losses.

“Disappointed,”  Smith said of the loss. “We got to have more of a sense of urgency now…We got to get it together quickly if we want to get what we want to get this season.”

Despite the recent slump, Dawkins is optimistic that his team is close to putting things together.

“I think we are,” Dawkins said on how close his team was to playing a full 40 minutes. “We’re in every game, we’re up or in every game at the eight-minute mark, 12-minute mark, it’s usually one or two possessions up or down. When you’re right there it’s a function of just fighting through that and some of these guys the only way they’re going to learn is on the job experience.”