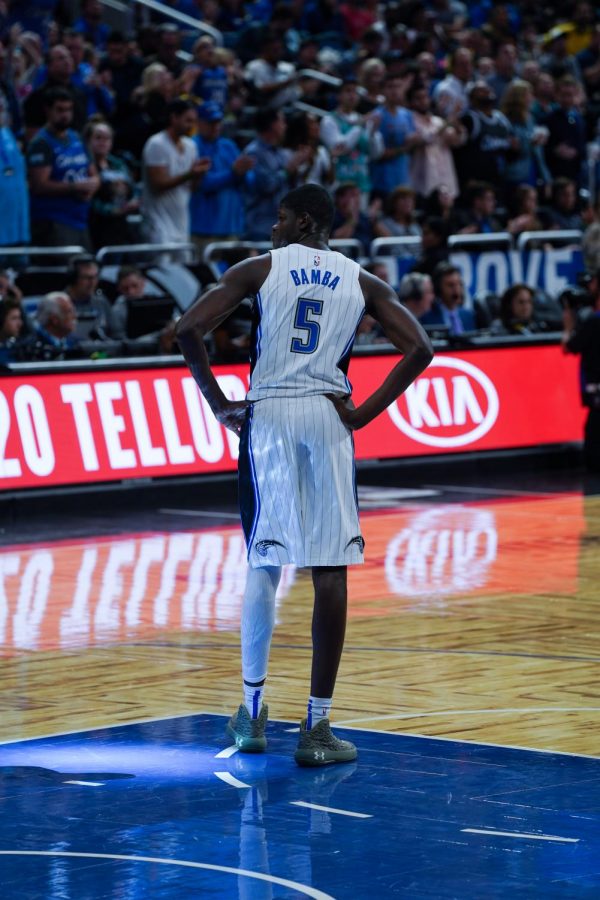 Heading into the homestand, the Orlando Magic were in need of a few wins with their record at 2-6 and they did just that, going 4-1 with big victories over the Philadelphia 76ers and the San Antonio Spurs.

“It feels good,” DJ Augustin said. “We needed these wins. It was important – two big wins against the [San Antonio] Spurs and the [Philadelphia] 76ers. Two really good teams…To get those wins against good, quality teams it feels good. We just got to take that momentum and get one on the road.”

Against the San Antonio Spurs on Friday, Orlando (6-7) managed to pull off a comeback from a seven-point deficit to win 111-109.

Evan Fournier and Terrence Ross led the way for Orlando. Fournier led the team with a season-high of 26 points while Ross scored 20 points,  which was one-off season-high.

“I have confidence in my work,”  Evan Fournier said. “It’s still early but I have a better idea of where my shots are going to come from so it’s just easy to work on those shots.”

Jonathan Issac was a late scratch tonight with a sprained ankle which shifted Al-Farouq Aminu into the starting five. Aminu had a double-double with 13 points and 13 rebounds.

Against the Washington Wizards on Sunday, Orlando managed to hang on late for a 125-121 win.

After their once 15 point lead was trimmed to one with a minute left in the game, Nikola Vucevic made two free throws and Markelle Fultz got a steal and turned that into a dunk to put the game away.

“Coach told us ‘Let them get the layup,’ and I almost baited in still,” Fultz said of the play where he got the steal and dunk. “I realized he was going to pass it out, and I was just my instinct to get back out, try and find my man, see him throw the pass, and try and get a hand on it. I was fortunate to get that, run it down, and go finish it.”

Bradley Beal continued his scorching start to the season, scoring 34 points with 15 of them coming in the 4th quarter. CJ Miles also had a big game for Washington with 21 points.

Orlando had six different players score in double figures. Nikola Vucevic led the way with a double-double, scoring 30 points to go along with 17 rebounds. Evan Fournier was effective as a scorer and a playmaker, with 25 points and getting nine assists. Markelle Fultz had a career-high 19 points.

With the win, Orlando has now won three straight games and closed out their five-game homestand with a record of 4-1. In each of those wins, Orlando has scored at least 111 points.

“It was good,” Terrence Ross said. “It was good to get back on track. Get some good wins at home and make it hard for anybody to come here. We definitely played well.”

The Magic will start a four-game road trip on Wednesday when they face the Toronto Raptors at 7:30 p.m.