How the Rays are Putting Baseball on Notice 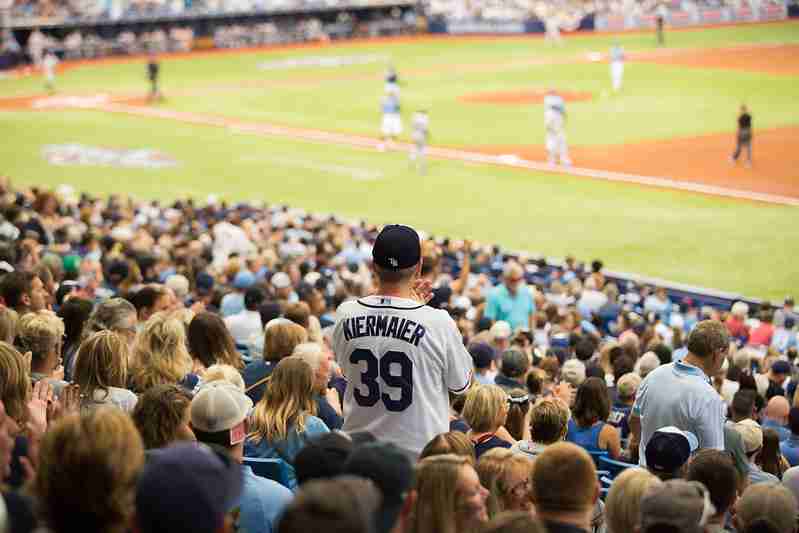 When the Tampa Bay Rays finished the 2018 season of 90-72, they were miles ahead of the expectations but were still met with an underwhelming reception.

With a payroll that is microscopic by comparison to Boston and New York, how can Tampa expect to compete in the heavily competitive AL East?

The most obvious explanation is pitching. From openers to closers, starters to long-relief guys, Rays pitchers have been an effective, cohesive unit. Through 28 games, they lead all of baseball with both a team ERA of 2.95 and an opponent batting average of .215. The rotation has more stability this season after adding Charlie Morton to be the number two behind last years’ Cy Young winner Blake Snell.

They’re also receiving surprise production out of the former fifth-round pick and fireballer Tyler Glasnow. After three seasons with the Pirates organization, the book on Glasnow read that he would never live up to the potential college scouts saw in him. Glasnow currently leads baseball in both ERA (1.53) and wins (4).

Last year, manager Kevin Cash introduced the concept of the opener, a brand new strategy where a team starts the game with a relief pitcher on the mound, then brings the starter into the game after a few innings. Meant to conserve their starters while confusing opposing lineups, this concept has returned in 2019 with the Rays using an opener in about a third of their games.

The last piece of the pitching machine that must be addressed is the back end of their bullpen. Jose Alvarado and Diego Castillo are two incredibly underrated bullpen arms that are both equipped with 100mph heat and a nasty secondary pitch. Look for those guys to be put in a lot of big late-game situations in the coming months.

Now, the question of how long can the Rays stay ahead of two of baseball’s biggest juggernauts is a much tougher question. The Yankees have won nine of the last ten games, and the Rays are still trying to shake off a home sweep from the Red Sox. So can they? In order to do so, one of two things needs to happen; The Rays need to continue to be the best pitching team in baseball for the entire season, or they need to start producing more runs.

While it’s exciting for the Rays to see their staff performing so well, it’s a very long season, and in a game where pitchers get shelved by season-ending injuries constantly, it’s hard to bet on anyone staff remaining dominant and healthy without at least some hiccups. Since it’s hard to bet against New York or Boston ripping off a 20-22 win month, the Rays, who are 15th in runs scored, will have to pick the bats up some more if they truly want to contend.

Yet here sit the Rays, a game a half ahead of baseball’s most notoriously difficult division forcing us to ask the question: Are the Rays Legit?