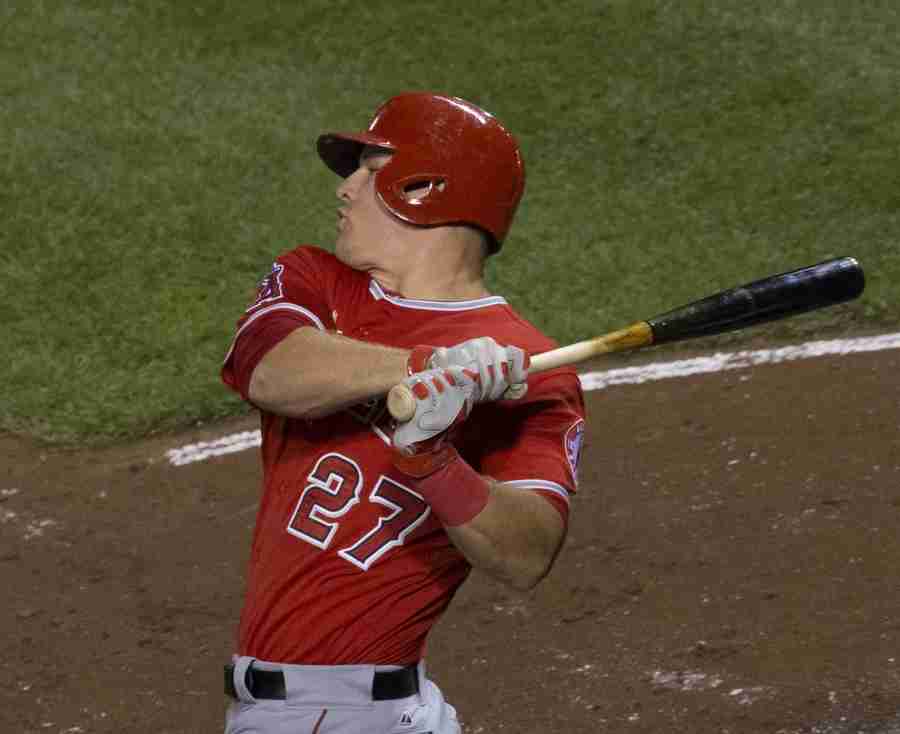 With Opening Day weeks behind us, we’re finally past the part of the year where we have to aimlessly speculate and onto the part where we get to observe the game, making judgments based off of statistics and objective facts. While it’s far too early to have your MVP locked in, it’s never too early to start the conversation.

Every morning I roll over and grab my phone to see yet another Cody Bellinger highlight. This guy has been steadily raking in stats since opening day. Just two years removed from his rookie campaign, where he set the National League rookie home run record, Bellinger is showing us again that he can provide big-time power and timely hitting at the highest level. T

Through his first 64 at-bats Bellinger is hitting .422, he has launched nine home runs and driven in 22 runs, putting him on pace for 68 homers and 176 RBI’s(if he totals 512 AB) this season. I don’t see him keeping said Mark McGwire steroid era pace, but with an OPS of 1.401, Bellinger has jumped out to the front of the pack.

One of the most consistently underrated players in baseball, Anthony Rendon, has gotten out to a start that is making Nationals fans say “Bryce who?”

He’s off and running with a .412/.466/.922 slash along with 6 homers through his first 51 at bats. Simply put, Rendon is thriving in the three-hole. His OPS a more-than-MVP-worthy 1.387, and with Young phenom Juan Soto batting behind him, he should continue to get his fair share of decent pitches.

His slash line might not be as impressive as the two guys ahead of him, toting .300/.417/.660, but there’s definitely a reason he’s taking the third spot over a few other deserving players. He’s finally found his stroke.

Over his past six games, Acuna has arrived in a big way, finding the bleachers three times, totaling 8 RBI’s and hitting .500. While there’s no way he stays this hot, week-long tears like the one he’s on now are what the baseball world expects to see out this young superstar.

It seems that with every story I can’t stop myself from raving about Trout. Although he’s currently being sidelined by a groin injury, the expectation is that he’ll be back on the field in a week or so. Once he’s back, look for him to pick right back up from his meteoric, yet characteristic start – hitting .406/.592/.938 with five homers through 12 games.

While hitting .406 makes an excellent case for MVP, the real fact that will turn heads is that this man is getting on base nearly 60 percent of the time. Oh, and he also casually leads all of baseball with an OPS of 1.529. So far, it’s Mike’ trophy to lose.

Jose Altuve is out there again showing the world that small guys can mash too. Hitting six home runs in his last seven games, Altuve might be baseball’s toughest at bat. In that seven-game stretch, he is sporting a .414/.455/.1.034 slash line that is mainly responsible for the Astros getting into their groove and putting wins together after what was a rocky start.

Coming into the season, the common belief was that 3rd baseman Alex Bregman would be the MVP candidate on this Astros superteam, but this outburst is making people rethink that take.

Khris Davis hits balls far. Despite him not having the best slash line at  .265/.315/.706, Davis’s OPS is still over 1.000 due to his league leading 10 home runs. Perhaps baseball’s most effective all-or-nothing hitter, Davis managed to crank 48 homers and 79 total extra-base hits last year. If he continues to lead the league in the long ball,  it’s going to be hard to ignore him come award season.