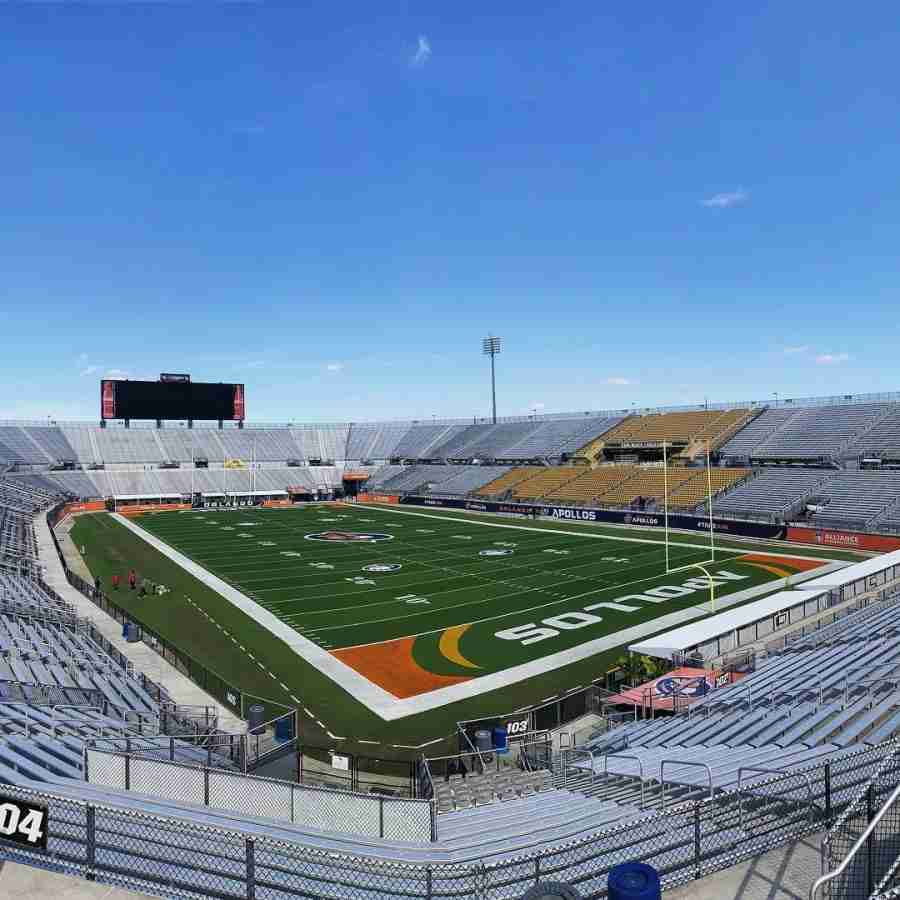 The Alliance of American Football is set to begin its first season in league history this on Saturday, bringing football back to the Orlando area for the first time since the Predators, an arena football team, left in 2016.

After a month-long training camp in San Antonio, the Apollos returned home to Orlando with their final 52-player roster to prepare to officially kick-off their first season within the AAF at UCF’s Spectrum Stadium on Saturday against the Atlanta Legends.

The AAF is a brand new eight-team league which will not only showcase local and developing talent, but it will complement the NFL during the offseason. It was founded by film and television producer Charlie Ebersol and former NFL front-office executive Bill Polian.

Although the AAF plans to serve as a complementary league to the NFL, the Alliance plans to change areas of the NFL’s policy where the fan engagement is low or that they feel are unsafe.

Kickoffs have been completely taken out of the game and scrimmage will start from each team’s own 25-yard line. When it comes to onside kicks if a team is trailing by more than 17 points with 5 minutes remaining in the game, they can attempt to convert a 4th-and-12 from their own 28-yard line. The play clock will only run 35 seconds, five seconds shorter than the NFL. There will also be no kicked extra point, each team will be required to attempt a two-point conversion after a touchdown.

The Apollos’ head coach Steve Spurrier is no stranger to the state of Florida. “The ol’ ball coach” played quarterback at the University of Florida, where in 1966 he was awarded the Heisman Trophy. He later played professionally for the Tampa Bay Buccaneers in 1976.

In 1990, Spurrier was hired to come back to the University of Florida as their head football coach – where in 11 years he won a National Championship and 6 SEC Championships.

The team is packed with talent from all over the state of Florida. All eight AAF teams are incentivized to load their roster with local talent – players that have notably played for either the local college or professional teams. J. K. McKay, the head of football operations for the Alliance, told Pro Football Talk that the league will put an emphasis on keeping the players within the area they played college football. This way, the AAF will hope to generate more of a fan interest by keeping players close to their local ties.

Michael Waddell, the President of the Orlando Apollos, has big plans for fan engagement.

“Our games have been reimagined to be faster, with fewer commercials and more action,” said Waddell. “Our Saturday night games are designed to last about 2.5 hours so you can come tailgate, watch some great football, and still have time to hit the party scene in Downtown afterward.”

The AAF has already found multiple broadcast partners for the 2019 season. The first two games in league history will take place on Saturday at 8 p.m. and will be shown on CBS.  The NFL Network has agreed to broadcast 19 games throughout the entire season, while CBS will air one AAF game per week. TNT and Bleacher Report Live will also broadcast on AAF regular season game and one playoff game.

Five teams, the Birmingham Iron, Salt Lake Stallions, Orlando Apollos, and San Diego Fleet, and San Antonio Stallions will be hosted by a market without a professional football team. The Arizona Hotshots, Atlanta Legends, and Memphis Express will have to share their town with an NFL Franchise.

The Orlando Apollos will play their first game on Saturday at 8 p.m. at Spectrum Stadium, against the Atlanta Legends.