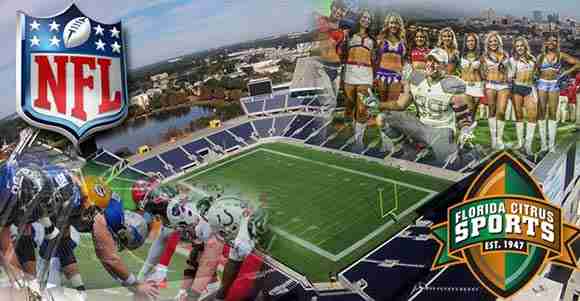 This will bring some of the league’s most talented players back to Central Florida for the third year in a row. The Pro Bowl consists of the NFL’s most outstanding players, determined by the votes of players, coaches, and fans, coming together for a showdown between the two conferences: AFC vs. NFC.

After going through a $207 million renovation in 2014, Camping World Stadium will host the Pro-Bowl for the third time and they’re hoping for a sold-out audience. After the NFL picked up the third-year option on their original multi-year contract with Camping World Stadium, Florida Citrus Sports CEO Steve Hogan said Orlando leaders want to keep the game in Central Florida as much as possible.

Throughout the week fans will travel from all over the globe to not only experience the atmosphere of the game but to take part in the Pro Bowl Experience, a free football festival, which takes place January 23rd at the ESPN Wide World of Sports Campus. The Pro Bowl Experience consists of activities such as the 40-Yard Dash, a “Best Hands” competition, Vertical Jump, Obstacle Course, and other drills that the NFL’s most elite athletes use to keep their edge.

ESPN Wide World of Sports will open their gates for a not only Pro Bowl Experience but other events such as the Bring It All Block Party, NFC and AFC open practices, NFL Flag Championship, Celebrity Flag Game, and the Pro Bowl’s very own Skills Showdown.

Pro Bowl players will take time on January 26th to participate in Community Day. They will support NFL Flag Championships, local Special Olympics, and partake with Play Football Clinics with the local youth.

The Skills Showdown is set to air on ESPN and Disney XD January 24th at 9.P.M ET.

The Pro Bowl will be televised live on January 27th at 3 P.M. ET on ESPN and ESPN Deportes and simulcast on ABC.