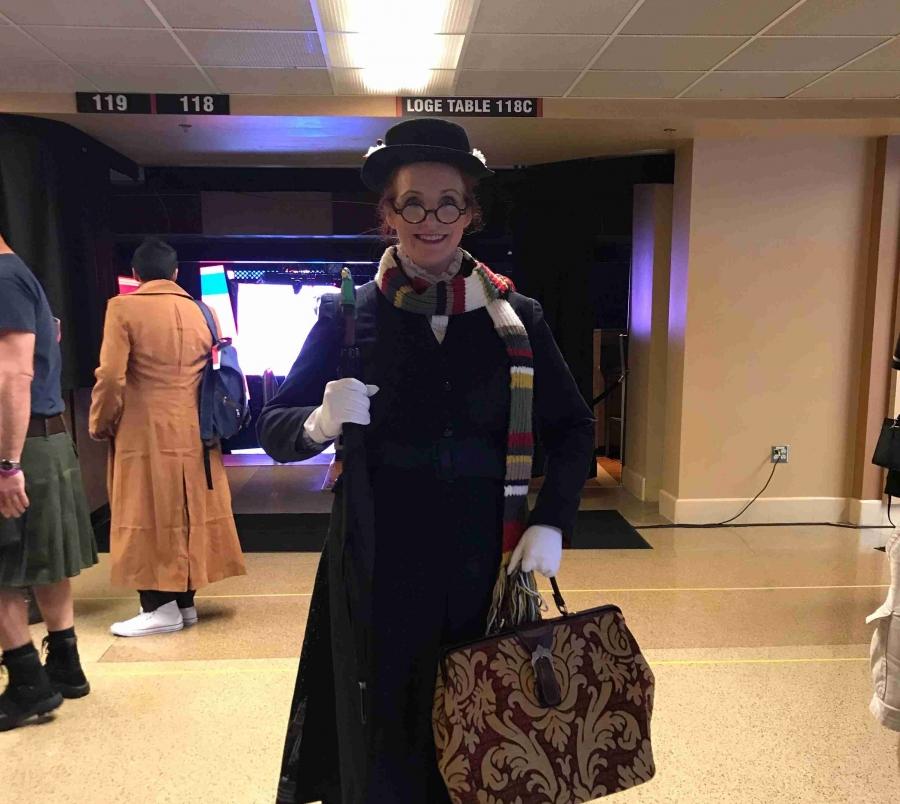 Popular culture is one of our major influencers, may it be for political or entertainment purposes. Enjoying pop culture inspires major pastimes such as going to the cinema, watching Netflix, and at a larger scale, attending fan conventions. One of these fan conventions took place on Gila River Arena in Glendale, Arizona from January the 11th, 2019 to January 13th, 2019. This convention was Ace Comic-Con, and it was brought to the public by Ace Universe. Enthusiasm hung in the air as people redeemed their tickets to meet their favorite actors, receive autographs, attend celebrity panels, and shop until dropping, but other fans went the extra mile and sported cosplays of a character, or characters in some cases, of their choice.

Two talented women were interviewed at Arizona’s Ace Comic-Con, and they voiced their motives as to why they cosplay. The first woman identified herself as Wonder Wendy Farrell. Her cosplay consisted of a tailored coat, a hat, and heeled boots. Her fingers held an umbrella, and a colorful scarf was looped around her neck. When asked what she was cosplaying as, Farrell replied, “It is a concept named The London Skies are Getting Clouded. It is meant to be a crossover of the 4th Doctor from Doctor Who and Mary Poppins because we all know that Mary Poppins was the original Time Lord.”

In comparison to some of the other more risqué cosplays at the convention, Farrell carried herself with the grace, poise, and femininity that could only mirror Julie Andrews’ countenance. Farrell made her cosplay and accessorized with thrift store finds while the scarf was handmade by her daughter. She was asked her motives behind cosplaying, she responded with joy: “I cosplay to inspire other people. Little kids and big kids alike get genuinely excited when they see me in this outfit, especially when they recognize it as a Doctor Who and Mary Poppins crossover, they get even more excited!”

The second woman was Rose Anderson, a horseback archer from Northern California cosplaying as Loki, a male character of both myth and lore with the ability to shapeshift. She wore a leather dress and dark makeup, celebrating her sensuality confidently as her own person. Her outfit had been given to her to wear by Ravenswood Leather due to her job as one of their models. The rest of her outfit was compiled by Goodwill finds and a replica of Loki’s helmet as seen on the third Thor movie “Ragnarok”.

Anderson claimed that her cosplay’s price was valued at approximately $900.00. However, she made it clear that it was money well-spent due to her love towards the God of Mischief. “I really appreciate Loki and his tenacity for slight chaos driven by the nobility. I truly relate to him,” Anderson admitted earnestly. The archer and model also had her reason to cosplay: “I cosplay because it gives me a chance to step outside the day to day Muggle business, be myself, and get the creative relief that I need.” It is a world of male superheroes, but women are unfurling their capes, dusting their heels, and fixing their hair, ready to climb.