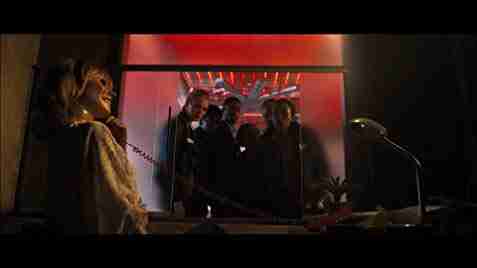 While Escape Room is certainly not an original idea, it certainly shines with its endeavor to be creative.

Escape Room copied an exhausted formula that has been used by the Saw franchise ever since it’s inception in 2004, which is that random strangers must come together to pass a series of horrific and jarring tests in order to survive. Luckily, that is one of the few things that the film copies. The overall plot is okay. It’s a bit tacky at times but it does draw you back in with serious moments. The cheesiest thing to happen was at the end of the film, where it’s hinted that there is still the big bad to face – teasing a sequel.

The cast was pleasing to watch on screen. Taylor Russel gets a special mention because of how well she did as the leading role. Logan Miller, Deborah Ann Woll, Tyler Labine, and Jay Ellis were great in the roles-even if their characters had some setbacks. For example, Jay Ellis’s character was predictable and the twist with his character could be seen a mile away.

One thing I certainly appreciated in the film was the creativity that went behind it. The audience watched as the characters tried to solve and pass the rooms that they were in. Each room had its own uniqueness about it. Sadly, the majority of the rooms were spoiled in the trailers for the film. My favorite scene from Escape Room was when the characters were placed inside an upside-down bar. This room brought out more intensity and allowed some distinctive camera work during the scenes.

Escape Room proves to be different from the abundant of other films like its nature. It may stumble as it goes along, but thanks to certain moments in the film and its cast, it proves to be a decent film to watch in theaters.