The Voice’s Most Anticipated Films of 2019 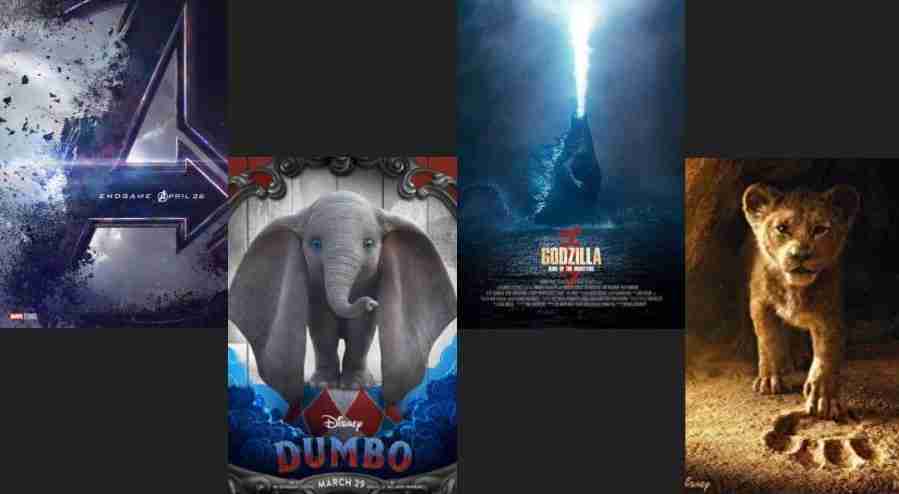 After a year of pulse-pounding thrillers, unexpectantly brilliant superhero flicks,  and an awards race for the ages,  we now get to look forward to 2019 in cinema. And with it, some of the most ambitious films to ever hit the theaters. With much-anticipated studio blockbusters such as Avengers: Endgame, Star Wars: Episode IX, The Lion King, Detective Pikachu, and SHAZAM! , it’s looking to be a fantastic year for fans of all types of movies.

Godzilla: King of the Monsters is certainly going to be the 2019 film that I’m looking forward to most because of the monstrous CGI (pun intended) that has already been presented in the trailers. The director, Michael Dougherty, has promised fans that the film will surpass its 2014 predecessor by milestones. With much more terrifying monsters, a lot more action, and a fun story, it’s going to be hard for the latest Godzilla film to not live up to the hype.

And I’m certainly not the only person on staff looking forward to hitting the theatres this year.

Bianca Morales: Well, I am a big Marvel fan but since the upcoming Marvel movies are already creating a buzz, I would love to mention that I’m mostly anticipating Rocketman, the biographical movie about Elton John and his musical career.

Katie Gilfillan: I don’t watch movies that much anymore, however, there are a few that I’d probably go and see this year. Happy Death Day 2U looks interesting to watch since I watched the first Happy Death Day movie and enjoyed it. The 2019 Pet Sematary looks really creepy and good and, of course, it’s a Stephen King classic.

Christian Casale: Well, being the male college student that I am, it has to be Tarantino’s Once Upon A Time in Hollywood. The cast is stacked (Leo, Brad Pitt, Margot Robbie), it’s a crime-caper involving the Manson family, and good or bad it’s going to be the most fun movie of the year.

Jessica Silva: Aside from the upcoming Avengers movie, I’m really excited to see the Disney remakes this year: Aladdin, The Lion King, Dumbo, etc. I’m curious to see if Disney, actually, puts in the effort for the movies, or if they’re just making quick and easy remakes to regain copyright of the titles.

Ketlaire Cajuste: I’m really looking forward to Dragon Ball Super: Broly movie. The first two Broly movies were great due to Broly being a good antagonist. When they announced that he’s getting another movie, I was full of excitement.

Theresa Neal: So many choices! I loved Aladdin growing up, but I’m going to have to say Zombieland 2. I think I’ll spend a lot of time at the movies this year!