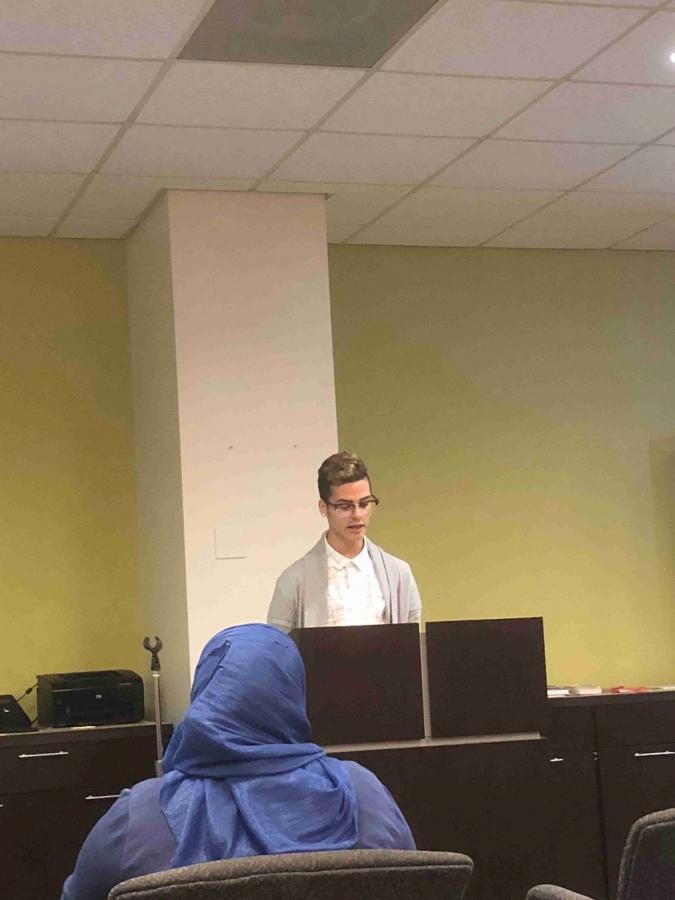 Valencia students showcased their literary work at the Biannual Open Mic, hosted by the Creative Writing club on Wednesday.

“I always tell my students not to be nervous, not to be scared – everybody here supports one another,” said Dr. Holly Elliot, a professor of creative writing who served as the night’s host.

Of the more than three dozen or so people that showed up, half went up to show off their poetry, short fiction, spoken word and even acapella. Some students came simply to watch and support friends or to get extra credit for a class.

A technical difficulty delayed the start by about thirty minutes, but nobody seemed to mind as they mingled and enjoyed the free food and beverages.

“The more people there are in the audience, the more scared I get,” said Kevin Vargas, an accounting major. “But there’s also a huge rush.”

Vargas and his fellow performers touched on themes not uncommon for the college demographic in their writing, including sexuality, isolation, rebellion, spirituality, and racism – all covered with both cynical and optimistic dispositions.

“It’s customary to snap when somebody finishes their poem,” said Vargas. “If you clap or snap or something in the middle of somebody’s reading, you could miss something,” he said.

Some students, like Vargas, are used to performing their writing to a crowd of strangers, but not everybody there was comfortable.

“I always get nervous,” said Krizia Gonzalez, a graphic design major. “No matter how many people are watching.”