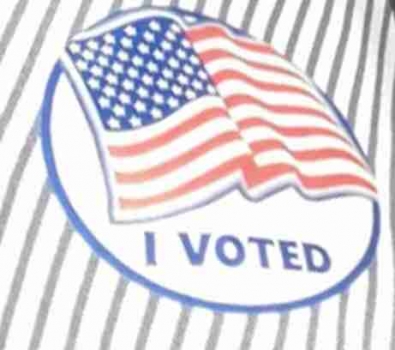 There is a lot to take into consideration every election season, let alone what is perhaps the most important midterms of the 21st century. With 27 house seats, a senate seat, and a place in the governor’s mansion up for grabs in Florida alone, here is the Valencia Voice’s guide to all the races that you need to know about and who your options are in them.

In what has become a very polarizing race in Florida, and one of the most talked about in the nation, Gillum and DeSantis have gone at each other non-stop the past couple weeks and both represent what could be the future of their respective parties.

DeSantis, the Harvard Law graduate and Iraq veteran who represented Florida’s sixth district for five years, is running on keeping taxes low, limiting immigration, and staunch support for President Trump – from whom the feeling is mutual.

The Naval Lieutenant Commander breaks with traditionally conservative policy with support for medical marijuana and commitments to some environmental causes.

Meanwhile, Mayor Gillum represents to some, for better or worse, the leftward direction of the Democratic party. He’s looking to become Florida’s first black governor, and the first democrat in office since 1999.

Gillum supports Sen. Bernie Sanders’ Medicare For All plan, which would create a single-payer national healthcare system. The Tallahassee mayor has also advocated for a higher corporate tax rate, more access for immigrants both documented and undocumented, and putting together state-wide focus on battling climate change.

But the up-and-coming superstar doesn’t come without some baggage. The FBI has been investigating Tallahassee’s city government for corruption since 2015 – and while Gillum hasn’t been subpoenaed and  no charges have been filed, the mayor has been questioned about allegedly receiving tickets for the musical Hamilton in 2016 from an undercover FBI agent. But most signs indicate that Gillum is nowhere near the focus of the investigation.

Bill Nelson has served as a Florida senator since 2001, having been in congress since 1979 – and Gov. Rick Scott’s advertisements won’t let you forget it. GovTrack ranks the sitting senator as a moderate democrat, although he votes in line with President Trump about 40% of the time. He’s made this election about ensuring that those with pre-existing conditions can get healthcare coverage and investing in STEM education.

Nearing the end of his second term as governor, Scott has his eyes on Washington. Advocating for reforms like term limits for legislators and a ten-year “cooling off” period to prevent lawmakers from immediately becoming lobbyists right off leaving office, Scott has campaigned that he will make congress efficient. Scott is known as a moderate republican, and, while accepting the president’s endorsement, has openly disagreed with Trump in the past.

Stephanie Murphy was elected to the House in 2016. She is popular for advocating for stricter gun regulations after the Pulse Nightclub shooting and supporting women’s rights. She is one of the more centrist members of congress, known for her willingness to work across the aisle. Murphy has campaigned on eliminating the “Washington gridlock” and supporting veteran benefits.

Mike Miller has represented Florida’s 47th district in the state house since 2014 and has emphasized strong border security and keeping the economy strong in his bid to unseat Murphy. He has voted along party lines in the Florida House and will likely do the same in a national level.

The battle to become Florida’s top legal counsel has been tightly contested in the wake to fill the seat of incumbent Pam Bondi, a fervent supporter of President Trump. Shaw, a freshman representative in the Florida house, has promised to combat political corruption – as well as end the controversial “Stand Your Ground” law, enforce stricter gun regulations, and investigate the finances of the President and potentially sue his administration.

Moody has accused Shaw of having a partisan agenda. She has supported Bondi’s inclusion of Florida in a lawsuit of the Affordable Care Act and has the full support of the National Rifle Association for her views on gun ownership.

Rep. Smith has established himself as one of the top rising progressives in Florida. You might have caught him campaigning with national democratic names like Bernie Sanders, Julian Castro, and Valarie Jarrett for issues like making higher education more accessible, expanding abortion and LGBT rights, and raising Florida’s minimum wage.

Griffin, a learning assistant at Valencia College, is running on a pretty normal republican platform. The twenty-five-year-old political newbie has expressed a desire to keep taxes low, protect Florida’s environment and natural resources, and support morally upright communities and “Christian values” if elected to Tallahassee

Other Races We’re Keeping An Eye On:

Majority in the U.S House of Representatives:

Democrats are looking to control the House for the first time since 2010, and it looks like they have a pretty good chance. This would likely prove to be both beneficial and detrimental to the party – giving them a serious check in the legislative process on the Trump administration, ensuring protection of the special counsel’s probe, and subpoena power, as well as giving the president and his base a political foil for the 2020 election.

The race to become Georgia’s next governor has reached national headlines in recent weeks. Kemp, the Secretary of State, has come under fire for accusations of using his office to influence the election. Federal judges have ruled against blocks on recognizing absentee ballots flagging those with discrepancies in voter registration files as potential non-citizens – both policies criticized as suppressing black voters.

Abrams, a state representative, is attempting to be both the first woman and the first person of color to be the governor of the Peach State in what is turning into a close race.

In the past few months, O’Rourke, a liberal congressman from El Paso, has become the national face of the democratic party. It looked like he had decent chance of unseating Cruz in a deeply traditional red state – which would have been a monumental blow to the Republican Party and an indictment to the unpopularity of the Trump administration. However, it’s looking less and less likely.

Cruz, who was elected in 2012 and received national attention running against Trump in 2016, maintains a lead in the polls. But a loss to O’Rourke is not out of the question.

In August, Rep. Duncan Hunter was indicted by a grand jury on for campaign finance violations and charges of wire fraud and unlawful conspiracy. House Speaker Paul Ryan removed Hunter from his subcommittee assignments and his trail is set for November 22nd. In the meantime, he has falsely  described his opponent, Campa-Najjar, as an “Islamist” with ties to Hamas looking to “infiltrate Congress.”

Campa-Najjar, who worked in the Obama White House, is a Christian of Muslim heritage. According to recent polls he has a very strong chance of unseating Hunter.

McCaskill has a low approval rating at about 37%, but the Missouri republicans have been embroiled in scandals that could be her saving grace to a reelection.

Hawley is a Trump favorite, running on his record of attorney general, protecting religious liberty, and fighting “Washington overreach” in the form of federal energy policy.

The race is considered deadlocked.

Rohrabacher, who may be the biggest supporter of the Russian government in Washington and was notably pranked Sacha Baron Cohen, is down a point on the polls to his Democratic challenger, Rouda, a real estate investor.