The Power of Music: A Night with Daryl Davis 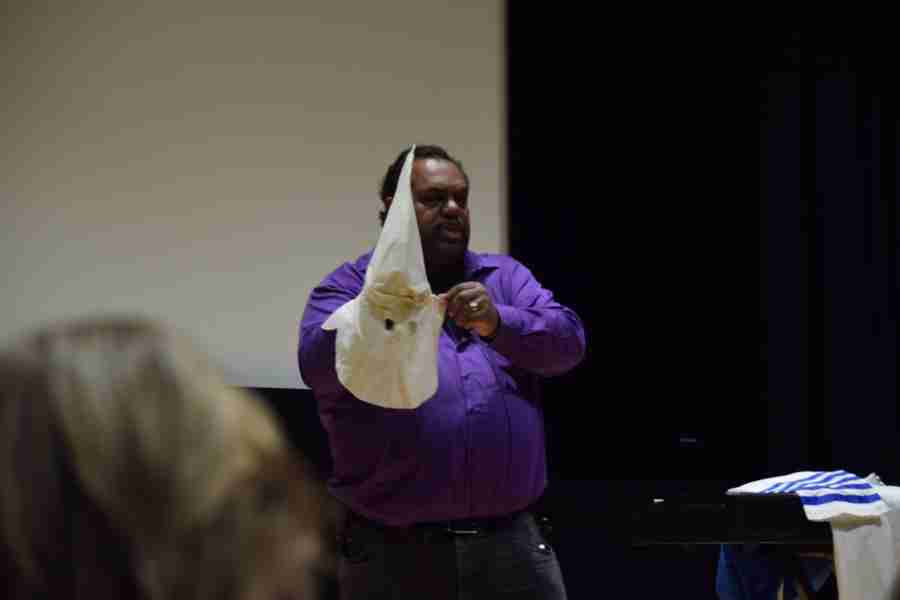 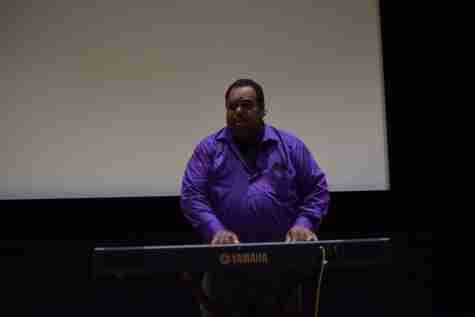 On behalf of the Peace & Justice Institute, musician Daryl Davis was invited to Valencia College East Campus as a guest speaker for the Global Peace Week on September 25th.

When asked why invite Daryl Davis, Peace & Justice coordinator, Nicole Valentino responded, “Similar to our own values, Daryl Davis talks about how to have conversations when you disagree with someone without being angry, but really doing it for knowledge and understanding.”

Daryl Davis proved this ideology of knowledge and understanding at the School of Arts & Entertainment stage when he opened a bag and captivated the audience with the robe of a former KKK member who went as far as to befriend the black boogie-woogie musician.

Long before he got on that stage, Daryl Davis knew he wanted to be a musician. He told the Valencia Voice, “I began thinking about people that I admired for inspiration. And instantly, two names came to my head: Elvis Presley and Chuck Berry. They have touched millions upon millions of people all over the world with their music. I thought about how cool it was that you can affect somebody that has never even met you.”

In fact, it was music that brought the first Klansman his way, Davis recalled. “This is the first time I ever heard a black man play piano like Jerry Lee Lewis,” a man told Davis in a white-only bar. Taken aback from this statement, Davis explained to the man that Lewis had actually adopted his style from black bluesmen and boogie-woogie players. Despite the man’s disbelief in Davis’ truths, he invited him for a drink. He was, as Davis soon learned, an official member of the KKK. This unlikely interaction developed into a friendship that would soon leave Davis with the man’s robe.

Daryl Davis never had the intentions of persuading over 200 men to give up their robes. Davis would soon attend KKK rallies and stop by some Klansmen’s houses on his way to his own gigs. He did all this to get to know them and answer his lifelong question: “How could someone hate me, if they don’t even know me?”

“[KKK members] had never been exposed with the things that I presented,” said Davis. “They know so much hatred, violence and racism because they’ve been there for so long, that’s all they know. They’re accustomed to that. Sometimes people are willing to stay with the bad because they’re more familiar with it than try to do something new or strange to them. Others are willing to take that chance and step out,” he said. 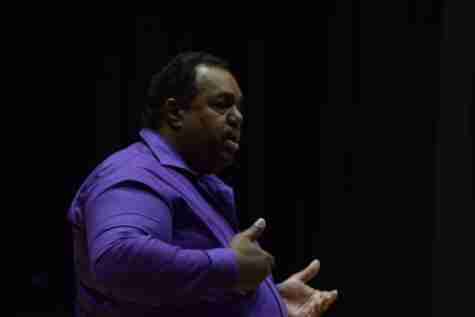 At the event, James M. Ray was one of the non-student community members who came to experience a true night with Daryl Davis. “Daryl Davis is my hero,” begins Ray, “He’s as brave as Ed Snowden in my opinion. I’ve heard his speeches on YouTube so often that I have a feeling I know what he’s going to say, but I’ll hear him again. I want to shake his hand, you know.”

Davis introduced the origin of most musical genres: black blues and boogie-woogie. He played multiple songs and spoke about how music brings people together. When he held out the KKK robe and hood surrendered to him by a former Klan member, he said, “I got this robe through dialogue, not violence. I did not respect what he had to say, but I respected that he had the right to say it. If you respect someone enough to sit down and listen to them, they will likely have the respect to do the same and listen to you.”