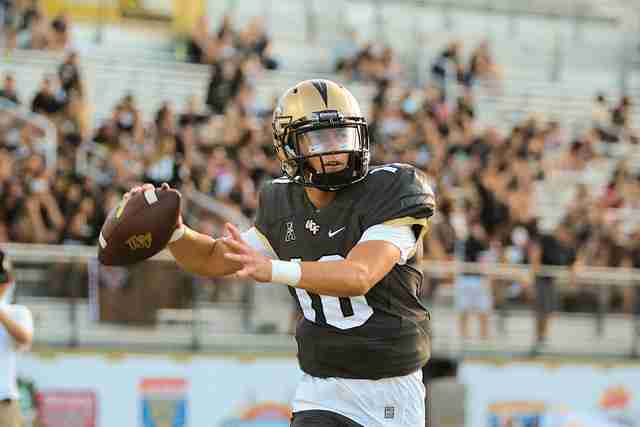 Over 65 percent of UCF’s offensive points this season have been produced by freshman and sophomores (147 of 225). If one were to subtract senior running back Dontravious Wilson from the picture, the percentage rises to 83 percent.

True freshman quarterback McKenzie Milton has exhibited his worth this season. In last week’s game versus UConn, he threw for 317 yards, ranking him third for most yardage in a single game amongst freshman in UCF history.

When asked about his sudden uprising, head Coach Scott Frost stated— “McKenzie keeps getting better and better. It’s hard to be a leader as an 18 year-old. He makes it fun to coach.”

Milton is the first true freshman quarterback to start for the Knights since Jeff Godfrey in 2010.

Sophomore Matthew Wright hit a 50-yard field goal last week, a career high. Currently, Wright is a perfect 41-41 in his PATs for the Knights. He is 9-13 when it comes to field goals, that’s roughly 70 percent accurate.

Freshman Adrian Killins had a 100-yard kick return in Week 5 versus East Carolina. This is the fourth time a Knight has returned a kickoff for 100 yards, and it hasn’t been done since 1994. Killins holds two Florida High School State Championships for the 200-meter dash. He also tied a school record for a TD in just his second collegiate carry at Michigan in Week 2.

Sophomore wideout Tre’Quan Smith is averaging 15.7 yards per catch this season. With 23 receptions, 360 yards, and 3 touchdowns, he is Milton’s go to receiver. Smith is last season’s AAC Rookie of the Year.

Freshmen defensive end Trysten Hill has 10 total tackles, five of them being for a loss of yardage.

The UCF Knights are invested in their future, and are fortunate enough to be reaping rewards early in the stages of a refurbished program.

The Knights travel to Houston this week to take on the Cougars Saturday Oct. 29 at noon EST on ESPNU.