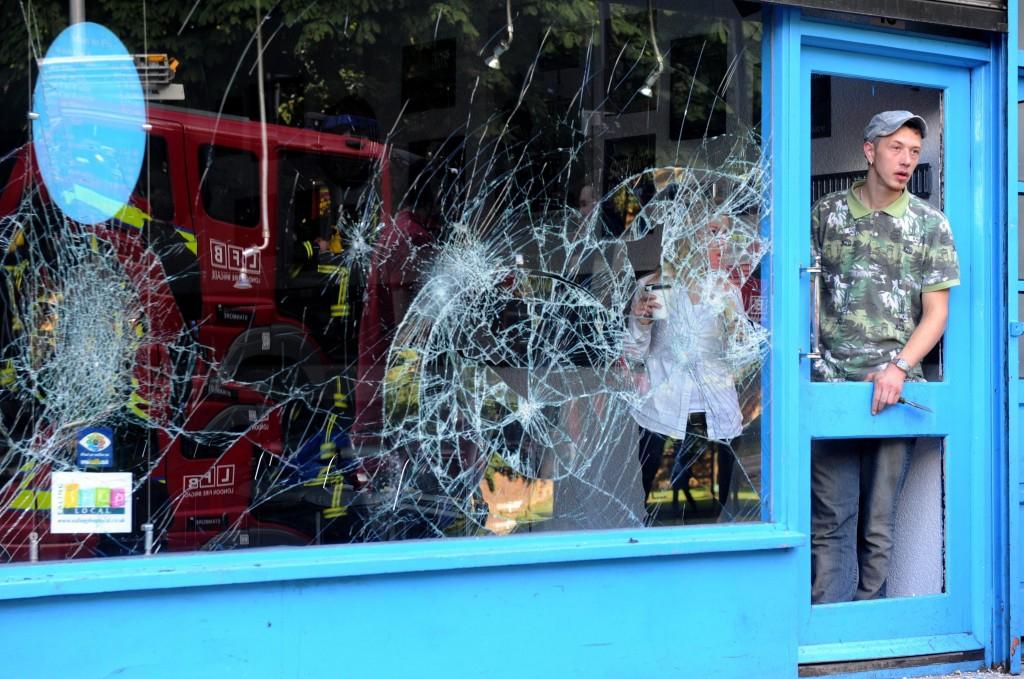 If this country is all you have ever known then you find nothing peculiar about billboards plastered on both sides of the interstate. Gargantuan letters and images advertising for plastic surgery, divorce attorneys, and food corporations. We are a society enticed to consume on every corner. But how does this affect our psychology?

We have seen a shift of happenings inconsistent with the last 40 years of history in North Africa and the Middle East.  We have heard the cries for transparency and foreword movement by the people of these lands.  People are beginning to realize after years of oppression that the status quo isn’t eternal.  The people demand very basic rights such as the ability to democratically elect leadership, and the proper distribution of wealth among the working class.

The average Egyptian earned less than $2,000 dollars a year; while former president Hosni Mubarak and his family raked in hundreds of millions of dollars yearly.  But the aforementioned example is revolt in an eastern setting; the east is drastically different than the west. What does a revolt against the establishment look like in a western setting?

Rewind the clocks to earlier this month to the streets Tottenham district of London England. Mark Duggan, a father of four, was gunned down in the streets by police fire. The public demanded an explanation by senior officials within the Tottenham police precinct, which was brushed off. Whatever happened next incited riots and looting for many days on the streets of London and presiding areas.

The Egyptian people displayed unity and perseverance in the face of brutal tactics of suppression such as tear gas and water canons. Any damage that was done was inflicted upon the state, whereas during the London riots damage was inflicted upon the property of store owners.  There were scenes of masked people sprinting out of stores clutching electronics and clothing. One female looter explained to a citizen recording the scene,  “I’m getting my taxes back.”

Using a sociological theory to explain the differences between the above-mentioned instances sheds some light.  Taking a conflict theorists perspective, the conduct of people originates from the environment in which they live.  Our western style of living is saturated in consumerist excess; our sense of self is in direct correlation to what we have.  We must ask ourselves these questions. Have we ever participated in a protest?  Why do we pursue education? Is enlightenment our goal? Or is our goal the cars and the large house in the gated community?

These are all revolutionary thoughts. The word revolution itself isn’t limited to a political connotation. Is not being the first person in your family to pursue a higher education a revolutionary action?

Revolution isn’t just something that occurs in countries. Revolution can occur within our own selves. Why do we sometimes get bored of routine? Because revolution is an act of nature. We were designed to shift and grow, not to be stagnant templates of each other. Anything man-made or altered deserves to be reconsidered. People within our own society have decided what’s beautiful, what’s worth our time, what’s worth bombarding us with. That’s too much power for a select few. That right belongs equally to every singe man woman and child. Don’t let a loud minority rob you of your happiness. Express!