Valencia College students among those killed in Pulse Nightclub Shooting 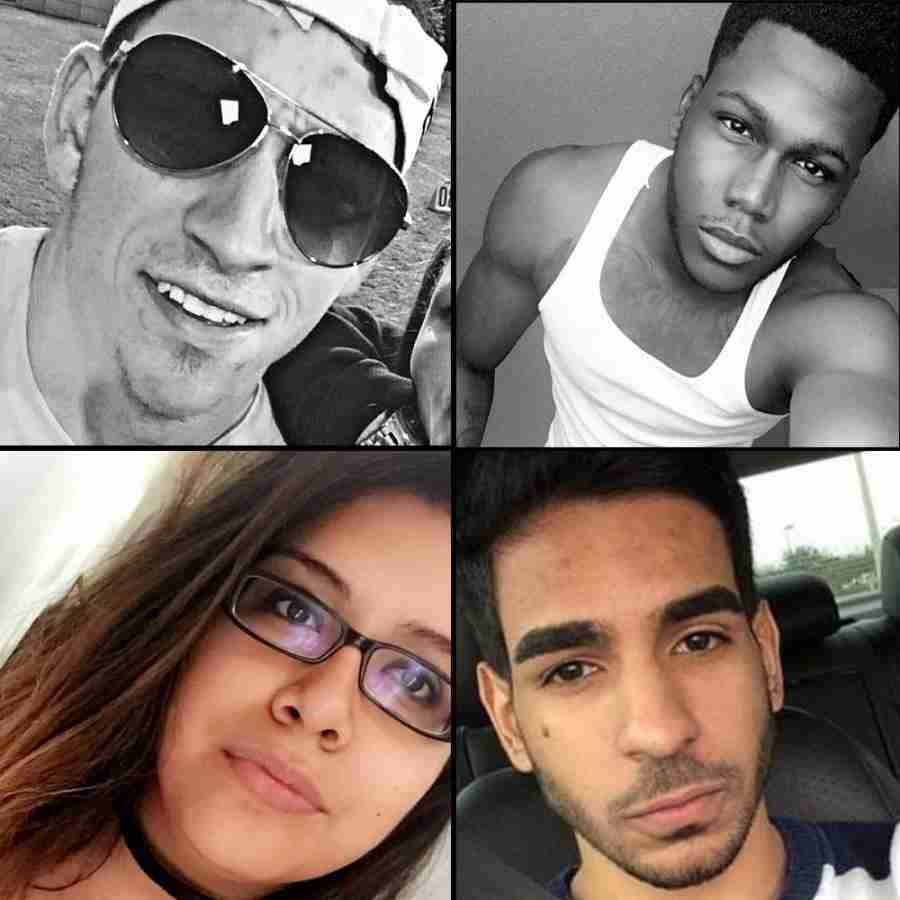 From left to right: Cory Connell, Jason Josphat, Mercedez Flores and Juan Guerrero were among the 49 victims killed in the Pulse Nightclub shooting.

UPDATE (Tuesday, June 14 12:15 p.m.): Valencia College has confirmed that seven of the victims of the Pulse Nightclub shooting were Valencia students. Mercedes Flores was in summer courses and Juan Guerrero had graduated from the college in the spring.

“We hope that each of you take a moment of silence to mourn for those in our community who have been lost, but not forgotten.” said Joyce Romano, Vice President of Student Affairs at Valencia College in a college wide email on Tuesday.

The Valencia College West Campus Student Government Association is working on a vigil to remember those Valencia students and the rest of victims who lost their lives in the nightclub shooting in South Downtown Orlando. Details on the vigil are still being worked out and updates will be provided by the SGA’s Instagram.

A vigil will be held on the Valencia College East Campus on Wednesday from 6-7:30 p.m. in the Mall Area outside of Building 4. The vigil on East will include “speakers from our local community and Valencia leaders, as well as a time to acknowledge each victim of this tragedy.” says an email from East Campus SGA president, Joseph Torres.

We will report the information as soon as we know more about the campus vigil.

The names of the seven students are listed below:

ORLANDO — As the names of the victims of the Pulse Nightclub Shooting started to come in on Monday morning, many in the Valencia College community were finding out they had lost some of their former and current students during the terrorist attack on Sunday, June 12.

Among the names that were released was Mercedez Marisol Flores. The Valencia Voice has confirmed that Flores was a current Valencia College student and was enrolled in Hospitality classes during the summer.

Flores would have had class on Wednesday afternoon at Valencia College’s West Campus, she was 26 years old.

“She came across as a very confident and outgoing individual and a good fit for our industry,” said a source who had known Flores during the summer semester.

Juan Ramon Guerrero was one of the first names to be released on Sunday afternoon and on Monday morning the Valencia Voice received word that Guerrero was also a Valencia student.

“He was so sweet, kind, honest, and never judge(d) others,” said a family member of the 22-year-old.

Cory James Connell was one of the final names to come out through the City of Orlando’s victims website. Connell was enrolled in classes at Valencia in the Spring.

CNN first reported that Connell was a Valencia College student with hopes of becoming a firefighter.

“What I wouldn’t give to give you a hug and then a grappling match! Cory James Connell you are a hero. I love you man.” posted Connell’s brother Ryan on his Facebook page with a photo collage and the hashtag #corystong.

A look at Connell’s Facebook page states he started at Valencia College in 2013 and was studying Sports Journalism/Broadcasting.

Jason Benjamin Josaphat was the second youngest of the victims at 19 years old, he too was a Valencia College student. According to the Orlando Sentinel he had recently graduated high school and started taking classes at Valencia.

Luis Omar Ocasio-Capo’s name came out early Sunday afternoon along with the first batch of names officials released after notifying the families. Ocasio-Capo was 20 years old and had been enrolled in classes at Valencia as recently as the Spring semester.

At the time of publishing officials have identified 48 of the 49 victims. All 48 names of those identified have had their next of kin notified and their names are on the City of Orlando Victims website.

We have leads that more former Valencia College students were among the victims of the Pulse Nightclub Shooting and the Valencia Voice is working to confirm as many of those as we can. Anyone who may have known one of the victims or know of a victims who went to Valencia, please reach out to us with any information.

Valencia College is offering counseling for students in Room 110 of the Student Services Building (SSB) on the West Campus and has a Prayer and Spiritual Reflection Quiet Space in Room 206-G in the SSB. There will also be a remembrance wall set up on the West Campus this week.

The shooting at Pulse Nightclub happened in the early hours of Sunday morning, leaving 49 victims and one shooter dead. It is already the largest mass shooting in U.S. history and the largest terrorist attack on U.S. soil since September 11, 2001.

Orlando, as well as the rest of the country have rallied around the LGBT community with vigils being held across the city on Monday. A gofundme for the victims has raised over $2.5 million in just over a day.