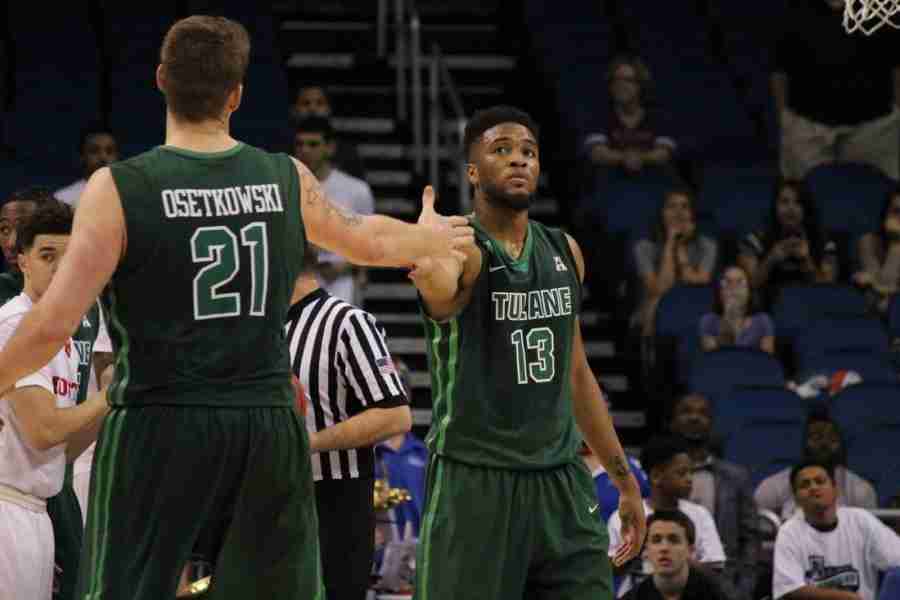 Tulane kept the excitement going in the American Athletic Conference Tournament, as the Green Wave upset the Houston Cougars to advance to Saturdays semifinal action.

Amid reports, even some mid-game, of head coach Ed Conroy’s possible dismissal, Tulane played their best game of the season, and now find themselves two wins away from a Conference Championship, and an improbable NCAA Tournament appearance.

“I talked to our guys about it before the game and what we have been saying all along, we are the madness,” Conroy said. “Nobody loves college basketball more than me. This is a new story for March Madness.”

Conroy stated that he has heard nothing official from the University, and will continue to coach the Green Wave throughout the tournament.

“It’s a blessing to have a platform to coach and be around guys like this every day,” Conroy added. “I never take one of those days for granted, and I know they can be taken away from you.”

Houston defeated Tulane decisively twice during the regular season, but this game saw a slow start for the Cougars. Tulane was able to keep pace for most of the first half, and were able to build a confidence that they can hang with the No. 2 seed. Trailing 36-28 at halftime, Tulane outscored Houston 44-33 in the second half.

The game came down to a Cameron Reynolds 3-pointer to give Tulane a 70-69 lead with eight seconds remaining. Following a Houston turnover, Malik Morgan sank a pair of free throws to seal the victory.

“I think this win started about a month ago,” Conroy said. “We always concentrated on defense, but they started to really take the message in. We played them on Feb. 17, and it was after that game when they really started coming to practice with a focus.”

Tulane beat UCF in the tournament opener and is the first double-digit seed to reach the conference semifinals. Tulane will play Friday night’s Memphis-Tulsa winner in Saturday’s AAC semifinals.