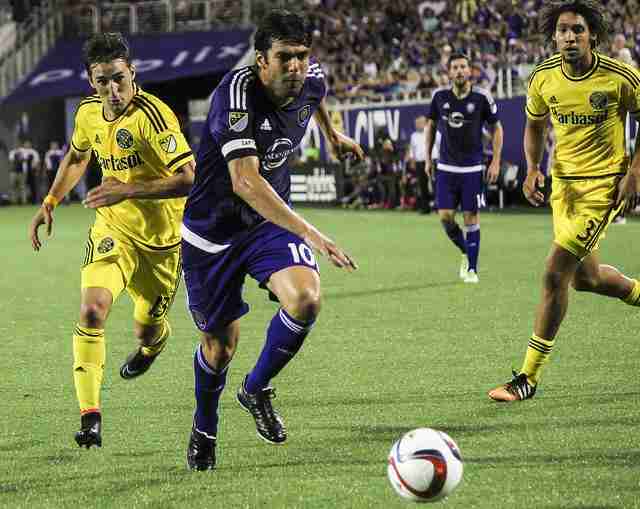 Orlando City take on EPL side West Bromwich Albion in a friendly on Wednesday at the Citrus Bowl.

The Lions are starting a few young players against West Brom including Ty Turner, Estrela and Bryan Rochez.

54′ Rivas feeds a pass to Mwanga in front of goal but the forward taps it out of bounds for a goal kick.

49′ Rivas blasts a free kick into the top right corner to give Orlando City a 2-1 lead.

48′ Rivas and Rochez both hit the turf but they get up on their own will.

46′ Orlando City makes three halftime subs with Kaka coming out for Pedro Ribiero, Connor Donovan in for Collin and Earl Edwards Jr. in for Ricketts.

46′ West Brom starts with the ball and we are underway for the second half.

HALFTIME: Orlando City and West Brom go into halftime tied 1-1. The Lions lost Harrison Heath to an apparent knee injury midway though the opening half.

45+’ Kaka makes a long run and finishes it off for the game-tying goal just before the halftime whistle.

28′ Tommy Redding comes into the game for an injured Harrison Heath. Heath was taken to the locker room by the training staff.

26′ Harrison Heath hits the ground holding his leg. It looks like a non-contact injury.

14′ Callum McMahaman puts the ball past Donovan Ricketts and into the net for a goal giving West Brom a 1-0 lead.

6′ Gareth McAuley gets a yellow card for West Brom.

3′ Rochez gets on a breakaway but his touch is just a little to hard and the ball goes back to the West Brom defender.

1′ Orlando City start with the ball and we are underway from the Citrus Bowl.