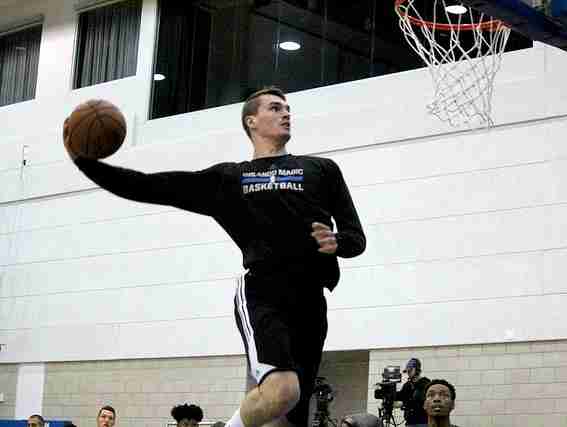 Mario Hezonja averaged 13 points per game for the Magic during his two Summer League games.

Mario Hezonja and the Orlando Magic have signed the No. 5 overall pick to a contract, the team announced on Friday.

Hezonja was the Magic’s first round pick in the 2015 NBA Draft and has played in Spain for FC Barcelona. The 20-year-old rookie played in two Summer League games for the Magic and averaged 13 points and 2.5 rebounds during those two contests.

While with Barcelona Hezonja was a career .453 shooter from the field and .369 three-point shooter while averaging 1.4 rebounds per game during his three seasons in Spain.

It’s worth noting that Hezonja only started three games during his stint with Barcelona.

The Magic now have one potential roster spot left with presumably second-round pick Tyler Harvey trying to earn that final spot on the Orlando roster.