Predators look to bounce back, take on Philadelphia Soul at home 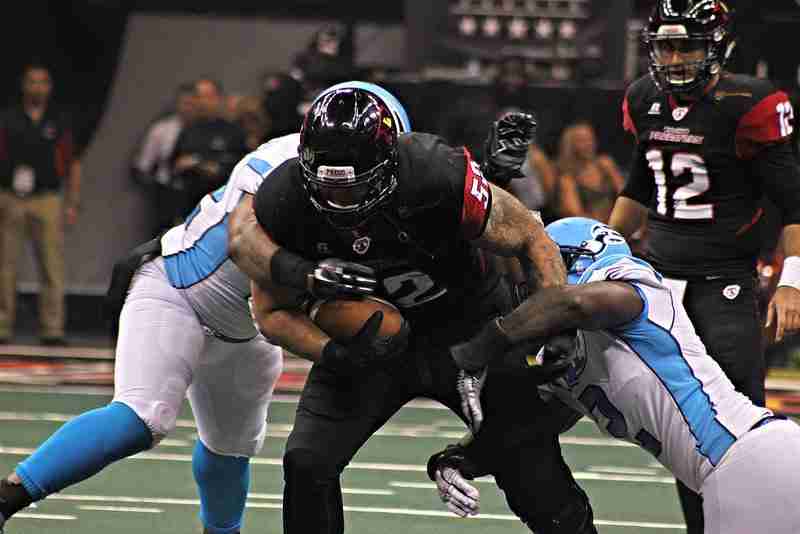 The Orlando Predators lost 63-70 against the Philadelphia Soul during their season opener at the Amway Center.

The Orlando Predators (6-5) will look to bounce back from last week’s loss as they face the Philadelphia Soul (10-1) this Saturday at their home turf in the Amway Center.

Philadelphia has proven troublesome for Orlando in the past with the Soul leading the series 13-3 with Orlando’s last win in 2011. The Predators fell to Philadelphia in their season opener as well as in Week 7 this season.

Since winning the ArenaBowl in 2008, Philadelphia has returned to the ArenaBowl two more times and has remained a powerful force in the AFL.

“I think it’s a blessing that we are playing hard teams, but we gotta win the game, we gotta win the plays, and even the match ups. Defensively they are very physical, they have unbelievable defensive coverage, their DB’s will be all over our wide receivers.” said head coach Rob Keefe about the emphasis on this week’s practices. “Our receivers have to win the individual routes and Bernard Morris has to put the ball on the money cause these guys are gonna have a blanket of coverage over them.”

Last week, after a promising first half the Predators fell to division rivals the Jacksonville Sharks 66-51 in Jacksonville.

“We didn’t capitalize on the other teams mistakes… the 3rd quarter was as flat as I’ve ever seen them come out at the half for this entire season. We didn’t play to win, we weren’t aggressive,” said head coach Rob Keefe about the team’s performance against Jacksonville.

“Arena Football is truly like basketball, its a possession game. If the other team is making their shots and you aren’t making yours, you could get run out of the building on any given night.”

Plagued with turnovers Orlando worked on focusing this week on clutch situations. Focus has been a recurring virtue for the Predators, with a handful of games lost just this season by a single play.

Orlando suffered three forced fumbles from quarterback Bernard Morris and fullback Michael Simmons, as well as an Interception from Morris and a turnover-on-downs.

Morris finished the game completing 19 of 32 passes for 292 yards, six touchdowns and one interception.

With injuries on both sides of the ball, the Predators are returning to normality with the reactivation of second year receiver Greg Carr last week who missed six games this season. Carr caught five receptions for 68 yards and a touchdown and is expected to perform to an even higher level this week.

“I think he is only going to get better. When you come off a long break, especially from a leg injury, you have to knock some rust off. We are expecting him to play tremendously and we will be trying to give him the ball as much as we can.” said Keefe about the return of their top receiver. “But, it’s up to him how well he’s going to do and I think he’s up for the challenge.”

With the danger of Jacksonville kicking them off the top of the division, this game is a must win for the confidence of this young team.

Kickoff is set for 7 p.m. at the Amway Center. Tickets for the game can be found at:http://www.orlandopredators.com/single-game-tickets/