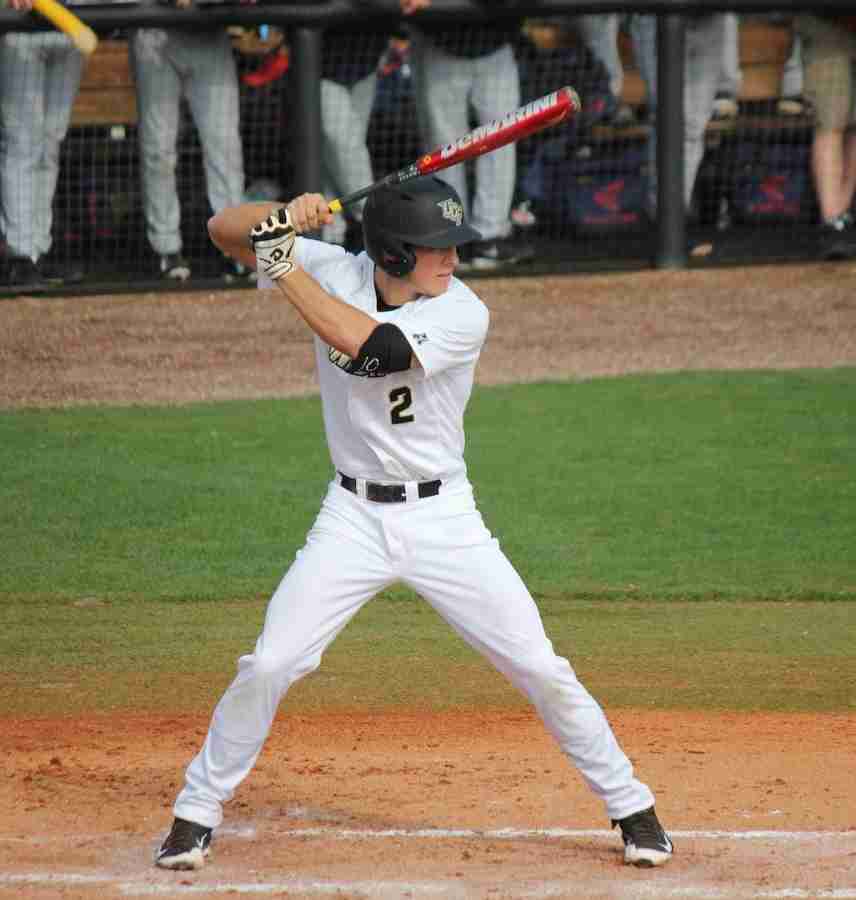 ORLANDO, Fla. — Terry Rooney has preached to his ball club all season the importance of treating Sunday games as ‘Championship Sunday’ on the field. As this weekend’s series against the Memphis Tigers has indicated, it’s going to take the UCF Knights a championship effort on the field to win the series tomorrow.

The Knights (29-22, 8-12 American) dropped Game 2 against Memphis on Saturday 6-5 as the team honored its seniors before the contest in front of 1,041 at Jay Bergman Field.

“We need to win on Sunday,” Rooney said. “It’s Championship Sunday. I mean as hard as this game was, [it was] a tough loss. We certainly had opportunities on both sides to play a little bit better. They need to midnight-rule this thing and bounce back tomorrow. All we are trying to do is win the series.”

In fitting fashion on Senior Day, it was the seniors on the team that allowed UCF to have a chance to tie the game in the ninth inning. Seniors James Vasquez, Tommy Williams and JoMarcos Woods accounted for four out of the team’s five runs with sophomore Matt Diorio knocking in another run on a solo home run.

“The job of a starting pitcher is to give your team a chance to win and Cre gave us a chance to win,” Rooney said. “He gave up three runs early and then he puts up zeros. It may not have been his best outing [but] he battled and gave us a chance. The next thing you know it’s the sixth inning and he did a terrific job.”

Memphis (33-16, 11-9 American) will move up to third place in the American standings with Saturday’s win plus USF’s loss to Tulane with four more games left in conference play.

The Tigers are projected to send Connor Alexander to the mound on Sunday to start while the Knights will start Robby Howell. Sunday’s game at Jay Bergman Field is the home finale for the Knights with first pitch scheduled for 11 a.m. on Mother’s Day.