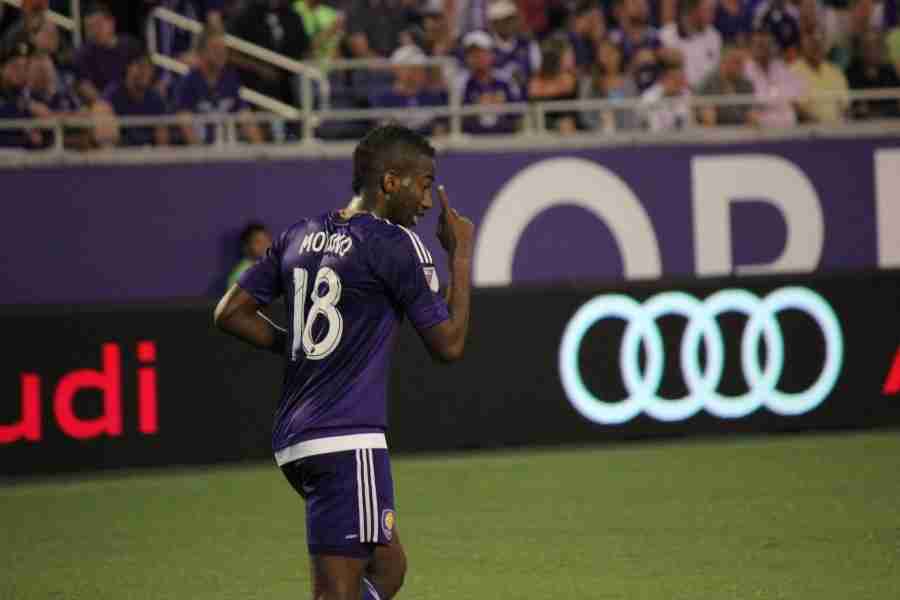 Kevin Molino had played in seven games this season for Orlando City, assisting one goal and taking 14 shots in 605 minutes of play.

ORLANDO — Orlando City SC will be without midfielder Kevin Molino for the rest of the 2015 Major League Soccer season as the club officially announced on Sunday that he suffered a torn Anterior Cruciate Ligament (ACL) during the friendly match against Ponte Preta.

Molino suffered the injury in the 18th minute of the match against Ponte Preta on Saturday. The 24-year-old midfielder went down at first in the 15th minute and began holding onto his knee but after a quick check from the trainers Molino continued, it was in the 18th minute when he went down for a second time and was then substituted off.

“We are obviously devastated for Kevin,” said head coach Adrian Heath in a press release sent out by the club. “He was having a great start to the season, his first in MLS. He’ll work with the team physicians from Orlando Health to make sure he undergoes a full recovery and comes back in top form.”

Losing Molino is a big blow for Orlando City as the team was just starting to build chemistry in the midfield with Kaká and Molino having just started to look comfortable playing together.

The Trinidadian national was Orlando City’s first MLS signing back in 2014 and has been with the club since the inaugural USL Pro season in 2011.

While the loss of Molino happening in the middle of the MLS season coach Heath is sure to be looking throughout his roster to find a suitable replacement for the midfielder who tied a USL Pro single-season record with 15 goals last year.

Molino had played in seven games this season for Orlando, assisting one goal and taking 14 shots in 605 minutes of play.

Brek Shea played well in the midfield against Ponte Preta on Saturday and said he felt “comfortable” there and it gave him “freedom to move forward and try to create things.”

Heath said after the game that once they knew more about Molino’s injury that would begin to evaluate who would replace him in the starting eleven.

“It’s something that we’ll look at,” said coach Heath on Saturday about the potential of starting Shea in the midfield. “Obviously at this moment in time we aren’t 100 percent certain how Kevin’s going to be,

“If circumstances show that we are so we say weaker and less bodies in attacking areas obviously we have got a ready-made replacement to move further up the field.”

Orlando City’s next game is on Friday, May 8 against the New England Revolution and it could be very likely that Heath goes with Shea in the midfield and Luke Boden at left back.

More updates on the potential lineup will come through the course of the week.