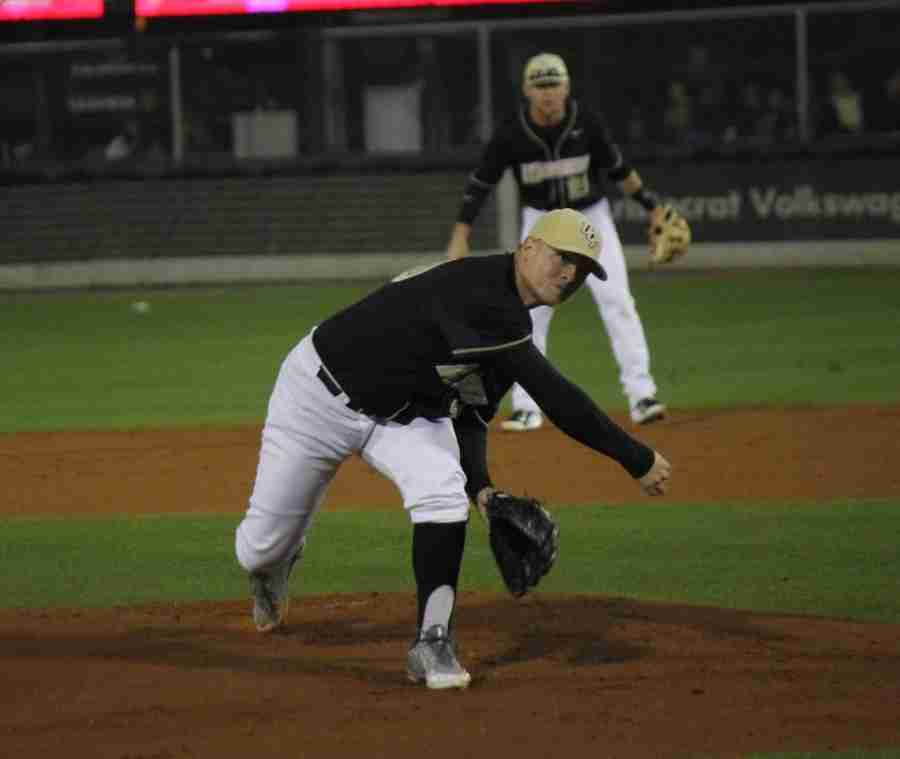 Knights starting pitcher Zach Rodgers picked up his eighth win of the season on Friday night.

“I think it’s huge,” Rodgers said on ending the losing streak. “Getting on the board early [was huge]. It kind of lets me settle in. If I give up a run or hit here and there it’s not bad. That offense is one of the best in the country and they showed it tonight. I felt great out there tonight.”

Vasquez and Barber opened up the first inning for the Knights (27-19, 6-10 American) by each hitting solo home runs to put UCF up 2-0. Kam Gellinger scored the third run of the game for the Knights in the second inning after Dylan Moore hit a sacrifice fly to right field.

The three runs scored by the Knights would be all that they’d need as Rodgers turned in another dominating performance to lower his ERA to 1.88. Rodgers (8-0) held the Bulls to just four hits while walking three and striking out 10 batters.

“It was a tremendous team win in every effort,” Knights head coach Terry Rooney said. “That was a team win. Certainly Zach Rodgers putting up those zeros did a terrific job. He’s been doing this all year for us. [Rodgers] threw great. Great defense from start to finish. Great clutch hits.”

Relief pitcher Harrison Hukari pitched the final inning of the game for the Knights to complete the shutout.

The Bulls (28-17-1, 9-7 American) entered Friday night’s matchup tied with Memphis at the top of the standings in the American. The loss was their first of the season in the opening game of a conference series.

UCF will now look to win just its second conference series of the season with a victory in either of the remaining two games against USF. The Knights have lost four consecutive conference series matchups coming into this weekend.

The two teams will resume the series on Saturday at 4 p.m. with Cre Frinfrock scheduled to start for UCF while USF will counter with Casey Mulholland.