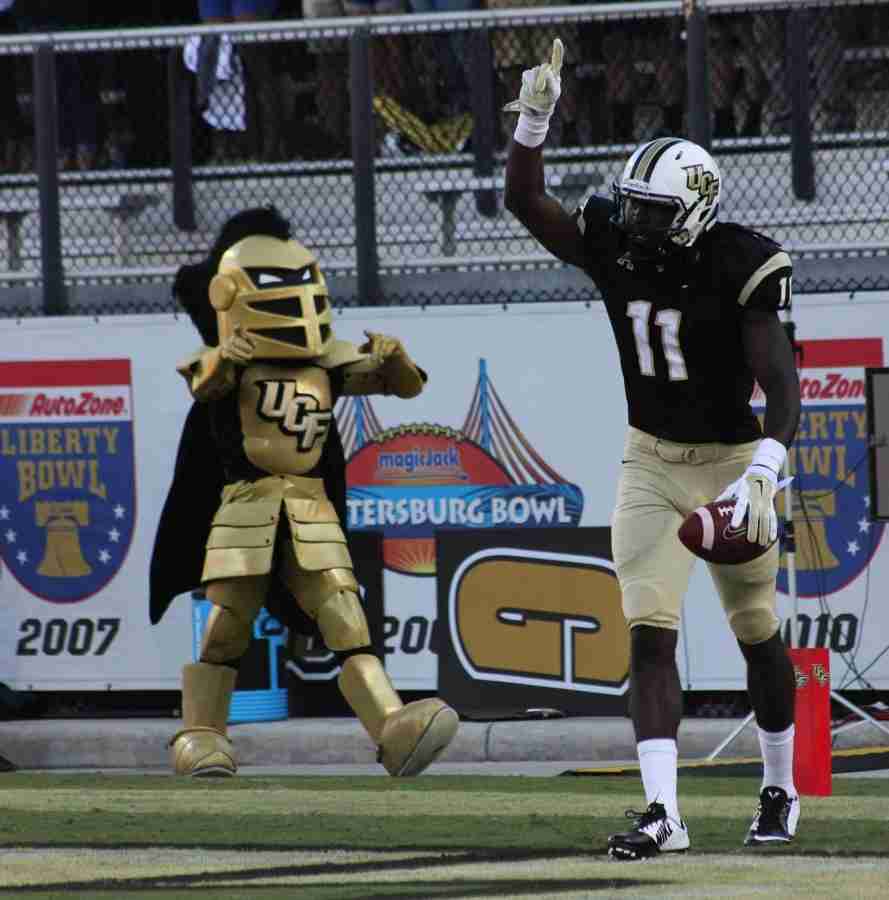 Breshad Perriman had nine touchdown catches in 2014, including three from 50 yards or more.

Former UCF wide receiver Breshad Perriman could be selected in the first round of Thursday’s NFL Draft which would make him the second-straight UCF Knight to be taken in the opening round.

Perriman caught 115 receptions for 2,243 yards and 16 touchdowns during his three years at UCF, but what really sticks out is his big play ability. He averaged over 20 yards per catch both of the last two seasons and has four touchdown catches of over 45 yards in 2014.

Some may remember Perriman from the 51-yard touchdown catch he made against ECU on Thursday night on ESPN as the Knights clinched their second straight American Athletic Conference championship with the last-second throw down field.

The wide out from Georgia shot up draft boards following UCF’s Pro Day where he reportedly ran somewhere between a 4.24 and 4.27 40-yard dash time. At 6-foot-3, Perriman is as tall as some tight ends in this year’s draft while also showing the athleticism of a No. 1 or No. 2 wide receiver.

This would be the first time in program history that UCF has had back-to-back first round picks in the NFL draft.