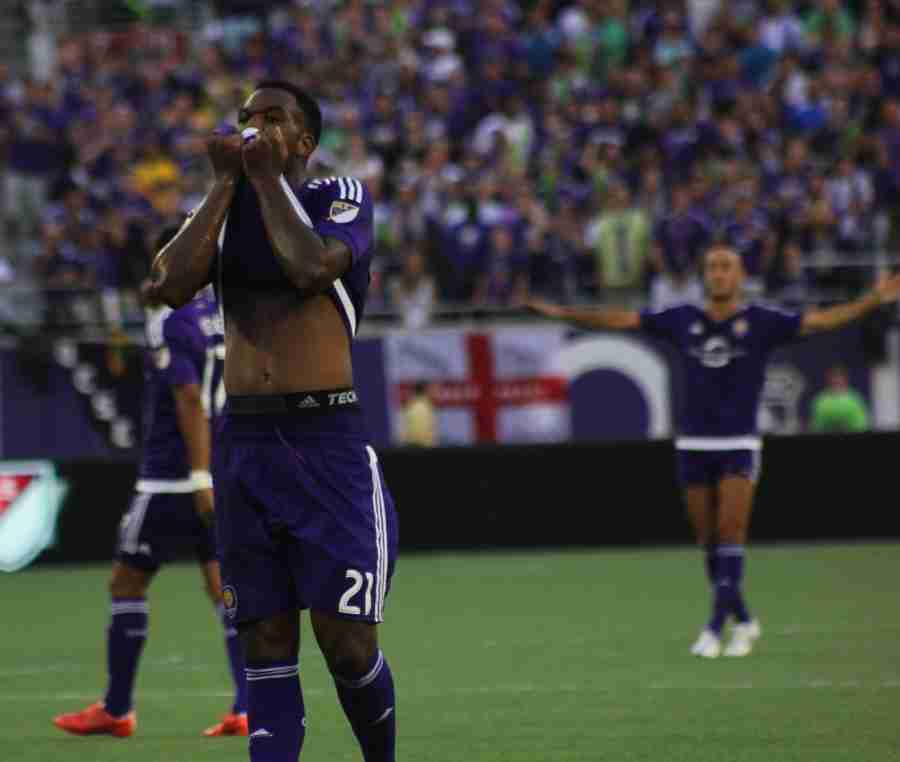 ORLANDO — Jozy Altidore doubled his goal total for the season with a two-goal performance against Orlando City SC as Toronto FC defeated the Lions 2-0 in front of an announced attendance of 30,908 at the Citrus Bowl on Sunday.

Altidore was playing in his fifth game since returning to the MLS this offseason and has been getting back into form as he’s scored four goals over his first five league games.

Orlando City maintained the majority of possession for much of the match but were outshot by Toronto 4-3 with shots on target.

“We fell into the trap of continuing to try and force it through the middle of the pitch,” said Orlando City manager Adrian Heath following the game. “But overall I don’t think we played well enough tonight to win the game.”

Altidore opened up the score in the 50th minute when he dribbled past defender Seb Hines and then tucked a shot off the left post and into the back of the net for this third goal of the season, giving Toronto FC a 1-0 lead.

The 25-year-old extended the lead to 2-0 in the 83 minute when he broke free on a counter attack and then dribbled by Donovan Ricketts before putting away his second goal of the match.

“Those guys bring a lot of experience to the game,” said Ty Turner about Toronto’s veteran forwards Altidore and Giovinco. “With being a youngster not having a lot of experience, not knowing what to do in certain situations those guys are always testing you to make sure you’re in tune 100 percent of the time.”

Cyle Larin and Eric Avila both managed to get off two shots during the game but Orlando City managed just three shots on target for the game including one apiece from Larin and Avila. Molino had the only other shot on target for Orlando.

Orlando City did get off seven shots from outside the 18-yard box, but Toronto goalkeeper Joe Bendik kept the Lions out of the net for the clean sheet.

The Lions have struggled at home this season as they’ve gone 0-3-1 at the Citrus Bowl while scoring only one goal throughout the four matches combined. Orlando is now on a two-match losing streak as they go into a bye week of MLS play.

With the loss Orlando City’s record falls to 2-4-2 with 8 points, which keeps them in sixth place in the Eastern Conference standings.

“We need to come back and work together as a team collectively,” said midfielder Kevin Molino after the loss. “I think we have a great bunch of guys but we need to stick together no matter what happens, and the most important thing is it’s very early in the season so we still have a couple of chances to get points and we just need to keep fighting.”

The Lions next match will be a friendly against Brazilian side AA Ponte Preta on Saturday, May 2 at the Citrus Bowl. Kick off for the friendly is set for 7:30 p.m. EST.

Orlando City’s next league game will be at home on Friday, May 8 against U.S. Men’s national Jermaine Jones and the New England Revolution with an 8 p.m. EST kickoff scheduled.

“We need to train hard to get confidence in this week,” said Kaká. “We need more confidence to go to the next game. These 15 days will be important for us to get back our confidence and play hard and train hard and get back in our shape.”