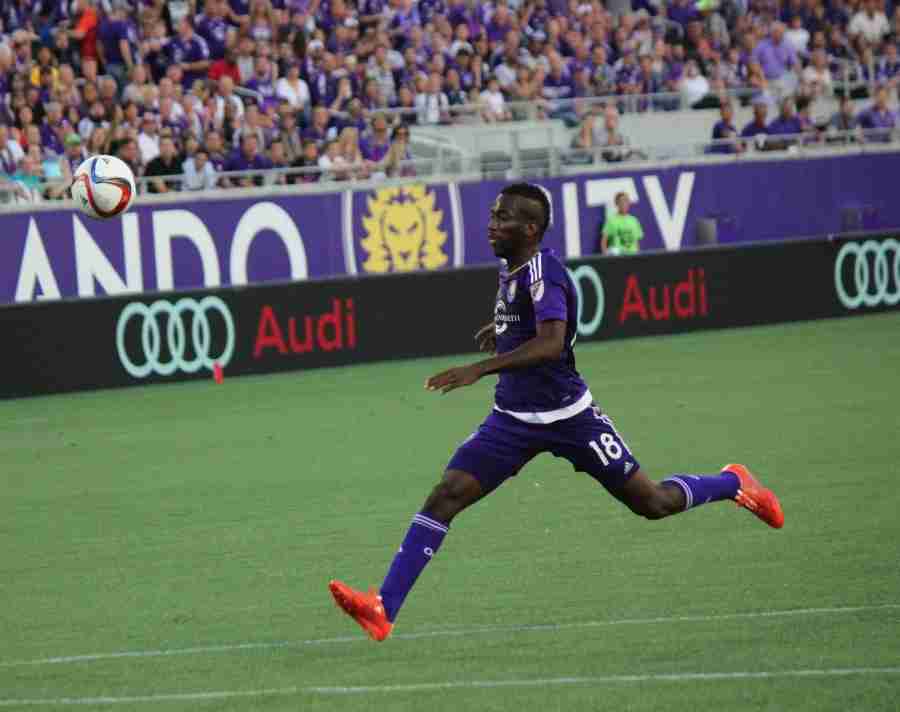 Kevin Molino is still searching for his first MLS goal, but his opportunities have been increasing over the past two games.

Kevin Molino has yet to score a goal in his first five MLS games but that isn’t keeping the 25-year old midfielder from seeing his first full month in America top-tier soccer as a success so far.

Molino notched an assist in last week’s win over the Timbers in Portland, but what everyone has been waiting for is to see that scoring touch that the Trinidad and Tobago native showed in 2014  when he tied the USL PRO scoring record.

“For me getting my first assist is good,” said Molino after training on Wednesday. “It’s always good to have an assist or a goal under your belt and going into the game on Saturday we’re just going in with the same mentality, the mentality to win and grind out victories for the team.”

Despite his scoring drought Molino has proven that he has the fitness to play full games as he’s played all 90 minutes in the five games he’s been selected to start. The 25-year old’s attacking form has been getting better as he’s totaled seven shots over the past two games compared to the two shots he had in the first three games of the season combined.

Brek Shea will be returning to Orlando City after having spent the week with the U.S National Team as they defeated Mexico 2-0 in a friendly on Wednesday, Shea is expected to play against Columbus despite having played 45 minutes for the national team on Wednesday.

Donovan Ricketts has played well in goal for Orlando City over the past couple of games as he shutout Portland last week as he made four saves and was minutes away from a shutout the week previous against D.C. United before a stoppage time goal did the Lions in.

Ricketts has proven to be a steady veteran at goalkeeper for Orlando, but at times is has been obvious that he has lost a step or two from his hay days in Los Angeles. Despite his age, 37-years old, he’s doing as good if not better than expected while Tally Hall rehabs from an ACL injury.

Orlando City travels to Columbus, Ohio this weekend to take on the Crew on Saturday in a matchup that will see Will Trapp and Kei Kamara go up against the Lions back line of Seb Hines and Aurelian Collin.

“We’re going into the game very positive coming off the back of a good win at Portland,” said Hines after training on Friday. “We’ll be going there full of confidence trying to go get the win like we did at Portland.”

The Lions will go into the game against the Crew sitting in third place in the Eastern Conference with a 2-2-2 record and eight points. A win on Saturday would give Orlando CIty their first winning streak as an MLS franchise.

“We just need to stay focused,” said Molino. “ We haven’t done (anything) yet, no need to look at the table quite yet, it’s quite early and we just need to keep our head down and keep working hard tirelessly and hopefully we continue to do well.”

Kickoff for Saturday’s game against Columbus is set for 7:30 p.m. EST, with the game being televised on Sun Sports.