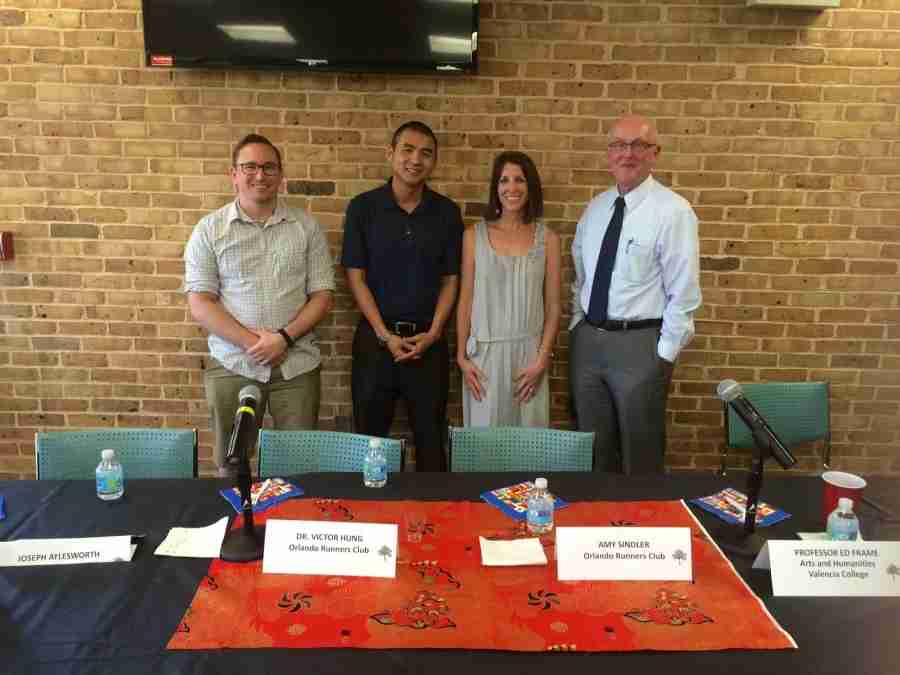 Students and faculty alike gathered to experience a variety of informative events held by the Asian Cultural Expo, sponsored by the International Student Services & Arts and Humanities, on West Campus from Tuesday, March 24 until Thursday, March 26 of this year.

The purpose of the events was to expose students to the intricacies of Asian culture and to encourage students to familiarize themselves with the language and to travel to Asia.

“I think that traveling is the best school available and an event like this where you meet people who have been able to travel and explore different options of travel is fantastic,” said professor Julie Montione. “It’s great to learn from them, of their experiences, and of the adventure of it all.”

A performance by Japanese drummers on the SSB patio opened up the Exposition on the afternoon of Tuesday, March 24 and continued with calligraphy and henna demonstrations. Later that evening, students engaged in Mindfulness Meditation, a practice with origins in Buddhism and practiced throughout the Asian continent.

Then on Wednesday, March 25  in the Mezzanine of Building 2, a panel of consisting of professor Ed Frame, Runner’s Club members Dr. Victor Hung and Amy Snyder, and former navy man Joseph Aylesworth answered students questions. With many of them concerning their experiences traveling abroad to Asia, their observations about the contrast between Asian and Western cultures, and the variety of means by which students can travel abroad affordably such as by getting involved in organizations such as Peace Corps, CLS,  and Valencia’s SAGE.

“Attending these events is one of the best ways for people to be exposed to the ideas of Asia without having to travel.” said professor Frame following the event.

Later that week on the night of Thursday, March 26, guest scholar Kin Cheung of Temple University delivered a scholarly two-hour interactive presentation titled “Language and Worldview: Gendered Words, Temporal-Spatial Relations, and Saving Money” which elaborated upon how the constructs of language influence our perception of the world around us and methods of how to learn language.  He further inferred that usage of strong future tense within a language can influence financial decisions of speakers.

“It is important to go out there and teach yourself [a language] and interact with the culture because culture is the most important part of language.” Valencia student and attendee Daisy Smith said in reference to Kin Cheung’s presentation.