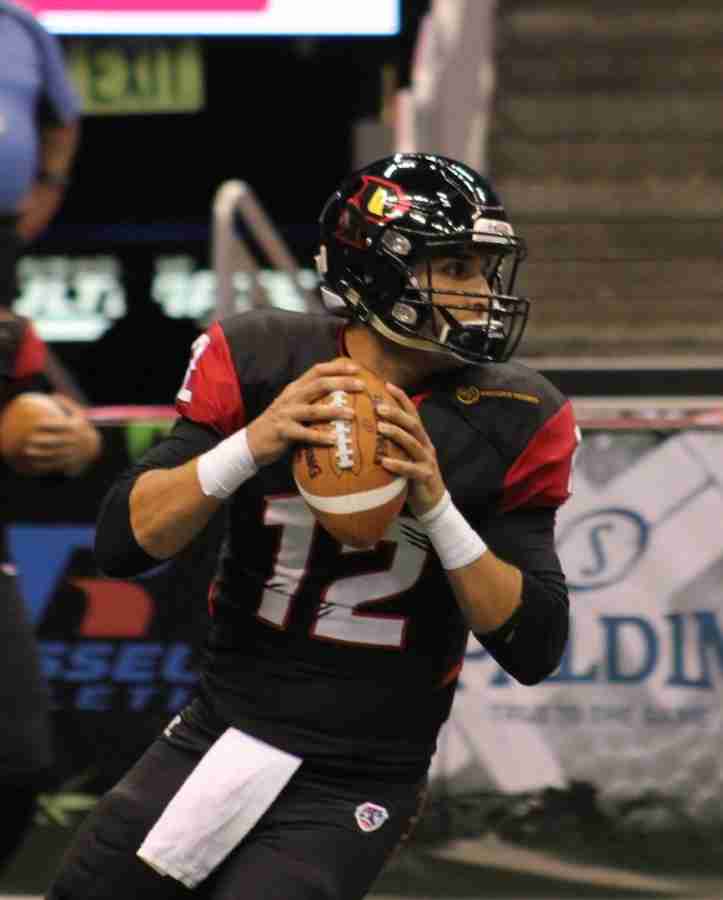 Predators quarterback Randy Hippeard has thrown nine touchdowns and one interception in two games this season.

The Orlando Predators (1-1) will hit the road for the second week in a row to face the New Orleans VooDoo (1-1) on Saturday April 11 at 8 p.m. at the Smoothie King Center in New Orleans.

The teams last met in Week 19 of last season when the Predators defeated the VooDoo 70-64 in overtime to clinch the Southern Division and move to the playoffs.

Plagued with injuries, the Predators were forced to improvise by putting backup quarterback Bernard Morris at wide receiver, defensive back and jack linebacker which earned him the AFL Week 2 MVP.

Quarterback Randy Hippeard was limited with so many injuries in the receiving core completing only 17 of 31 passes for 214 yards and one touchdown while running in one more.

New Orleans also managed a narrow victory against Jacksonville with a 51-50 win in Week 1, but fell apart in Week 2 against the Cleveland Gladiators 70-42.

Last season both teams belonged to the South Division, but the AFL realigned the divisions and moved New Orleans to the East Division after the Pittsburgh Power and the Iowa Barnstormers folded to reduce the league to 12 teams.

“Competition breeds success,” Predators head coach Rob Keefe said. “There’s only 12 teams in the Arena Football League and people say ‘Oh that’s not enough,’ but I say that is the perfect amount because the competition is so great.”

Kickoff will be at 8 p.m. and the game will be shown live on ESPN3.