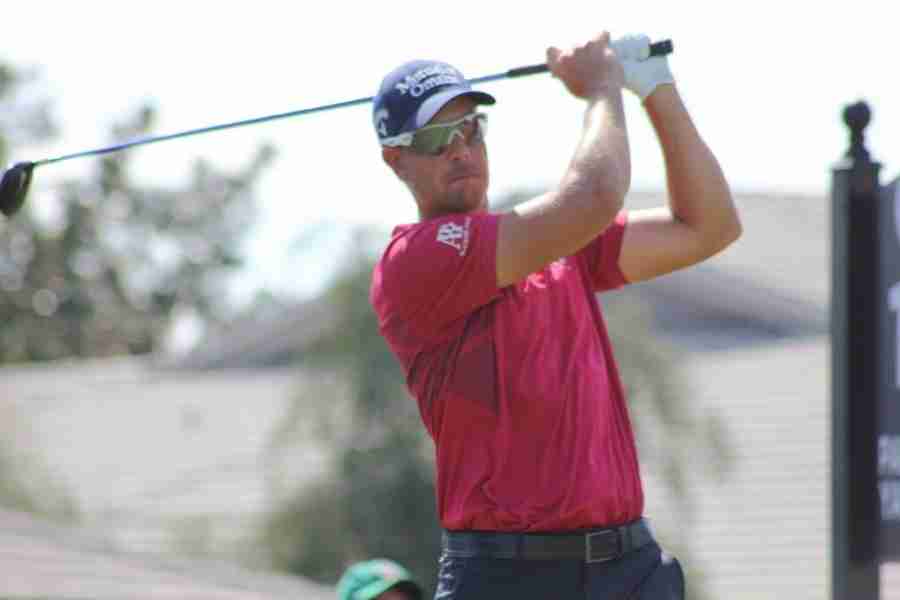 Henrik Stenson is currently the #3 ranked player according to the Official World Rankings.

World No. 3 ranked Henrik Stenson took the lead at the Arnold Palmer Invitational on moving day, after posting his second straight 6-under 66.

“Went 4-under in the last four holes and finished with five 3s,” said Stenson. “That normally moves you in the right direction on the leaderboard.”

Stenson shot a bogey-free round on Saturday and now holds a two-stroke lead going into the final round. He has produced three straight rounds in the 60s.

“I definitely expect a few other guys to put a good score in [tomorrow] and make a charge but, again, I’m going to try to play my game the way I played it for the first three days,” added Stenson.

Morgan Hoffmann, who held the lead after both of the first two rounds, will join Stenson in the final group after shooting a 1-under 71 to move to 14-under-par, two strokes back.

“I felt like I was ready for today, absolutely,” said Hoffmann. “Golf is a weird sport, anything can happen. Hopefully we get some better breaks tomorrow.”

Hoffmann surrendered a couple shot on the front nine with bogeys on eight and nine, but rebounded with three birdies on the back nine to finish his round.

“I got some really weird lies out there in the fairway, said Hoffmann.” “I had some mud balls, kind of hard to control…just forgot about the front nine and tried to have some fun on the back.”

Stenson and Hoffmann tee off at 2:00 for Sunday’s final round.

After finishing fourth last year paired in the final round with eventual tournament winner Every, Jason Kokrak shot a 7-under 65 to move to 13-under.

“It was a fun day out there,” said the 29-year-old Kokrak who is looking for his first win on the PGA TOUR. “Anytime you get a bogey-free round out here on tour, especially around a tough golf course like this.”

Matt Jones will be looking for his second win on TOUR after winning last years Shell Houston Open and will be paired with Kokrak in the second to last group.

“I got off to a tough start,” said Jones, who finished his round with four straight birdies. “My goal was to get back to double digits in the tournament. I was able to do better than that, I have a chance tomorrow.”

Matt Every finished with a 3-under 69 for the day, and is looking to follow Tiger Wood’s back-to-back victories from 2012-13 with a pair of his own.

Rory McIlroy had an up-and-down round that included four birdies and three bogies. He would finish 1-under 71 on the day to move to 9-under for the tournament, seven strokes back.

“Everything was going really well for 13 holes, said McIlroy. “Got myself right into the tournament and then three bogies in quick succession…If I shoot 30, 31 on the front nine [tomorrow], you never know. Just try and finish the tournament off as best as I can tomorrow.”

McIlroy will be paired with Danny Lee on Sunday and tees off at 12:50.

“After I hit it, I flushed it,” said Berger. It landed perfect and I didn’t see it go in but the way the crowd reacted I figured it was either in or close. When I got up there it was pretty cool to pick the ball up out of the hole.”

Berger finished the day 4-under 68 and is 7-under for the tournament.