No. 7 UCF Knights fall to Presbyterian 8-6 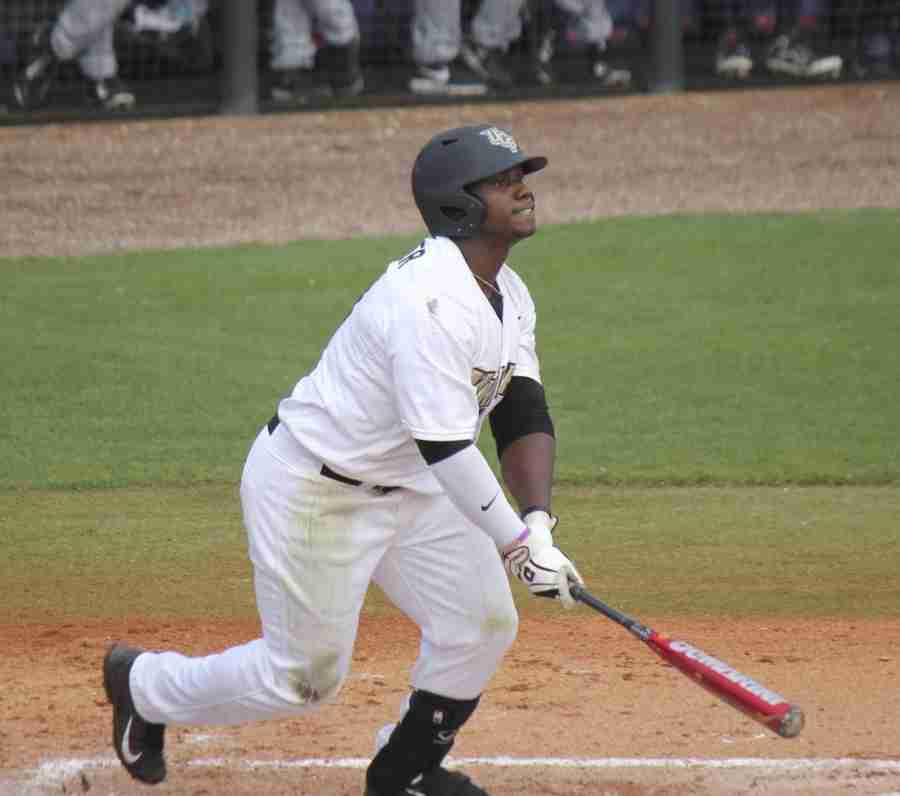 Erik Barber finished the game with two homeruns and four RBIs for the Knights.

ORLANDO, Fla. — After pulling out a walk-off win on Friday night, the seventh-ranked UCF Knights (19-5) came up short on Saturday afternoon against the Presbyterian Blue Hose (15-8), falling 8-6 in the second game of the three-game weekend series.

The Knights picked up early where they left off from Friday night after putting up four runs in the first inning, powered by a three-run home run by right fielder Erik Barber. UCF held Presbyterian hitless during the first two innings before the Blue Hose erupted for seven runs in the third inning.

The Blue Hose began their seven-run third inning by loading the bases on three consecutive hits by Brandon Martin, Rob Koski and Glen Casaceli. Knights starting pitcher Robby Howell (4-1) walked in the Blue Hose’s first run and allowed four runs before recording his first out of the inning.

“Obviously that was the big inning; gave up seven runs and you can’t win many games doing that,” Knights head coach Terry Rooney said. “Credit Presbyterian, they strung together a bunch of hits and did a very nice job. At the end of the day, it has caught up to us. We talk about it all of the time, try to stay out of the big inning and unfortunately today we weren’t able to do it.”

UCF head coach Terry Rooney pulled Howell after a single by Cam McRae to put the Blue Hose up 5-4 in the seven-run third inning. Howell finished the game by allowing seven total runs (six earned) on six hits in 2.1 innings of work. Parker Thomas finished out of the game on the mound in relief of Howell, pitching 6.2 innings while allowing an unearned run on seven hits.

“I thought the story of the game was Parker Thomas, what a terrific job he did for us,” Rooney said. “We talked about the beginning of the game guys rising up for their opportunities, kind of like Brooks [Morgan] did for us yesterday and again today. We needed a pitcher to do it and Parker Thomas did a terrific job out there for us. [He] gave us a chance all of the way through and again the guys fought to the end.”

The Blue Hose added to their lead in the following inning by picking up one run off of a sacrifice fly by Ryan Hedrick.

UCF cut into the deficit with solo homeruns by Barber in the sixth inning and a pinch-hit homerun by Logan Heiser in the bottom of the ninth inning, but that was as close as the Knights could get.

The two teams will each head into Sunday’s series finale looking to take the series win. First pitch is scheduled for 1 p.m. with Aaron Lesiak projected to start for the Blue Hose while Rooney has yet to determine who will pitch for UCF in the finale.