Morgan Hoffmann continues to lead after second round at Bay Hill 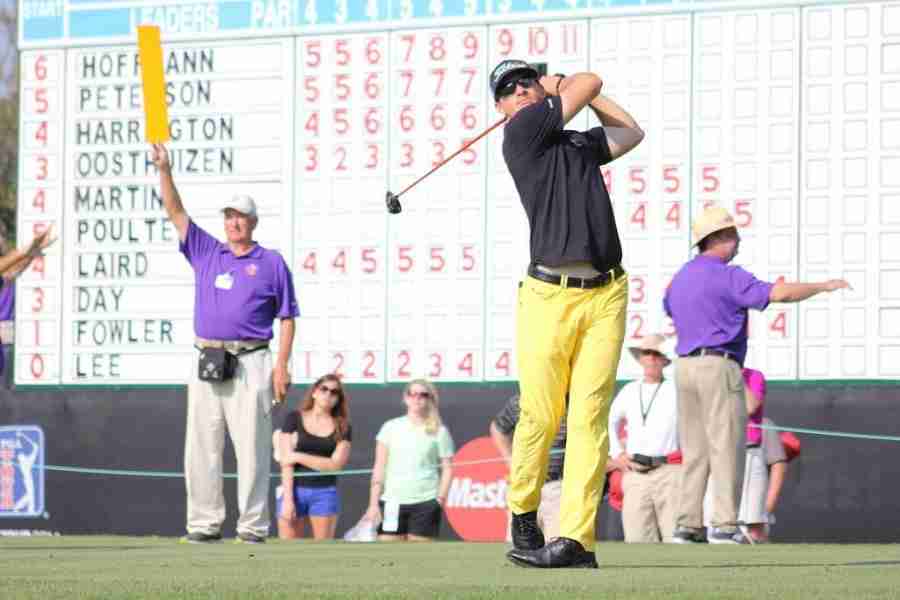 After shooting a 6-under 66 in his opening round, Morgan Hoffmann fired a 7-under 65 in round two.

“Just had a nice relaxing night, went to bed earlier, obviously got up early for the tee time today and just tried to stay in the routine,” said Hoffmann. “My caddy and I pretty much set up a game plan for the week and just trying to stick to it and it worked today.”

Hoffmann, who started out on the back nine, bogeyed his first hole of the day but rebounded with six birdies on his next eight holes. The 25-year-old finished with three more birdies and one bogey on the back-nine.

“I’m trying to birdie every hole out there so it was good,” said Hoffmann. “Just hitting great putts and good shots into the green really helps.”

First-time Arnold Palmer Invitational participant Rory McIlroy came into the day at two-under par and fired a second-round six-under 66, a round that included five straight birdies on holes two through six.

“I made my fair share of [putts] today, which was nice,” said McIlroy. “It was good to see some putts dropping.”…”Overall a good day and gets me back into the tournament.”

McIlroy currently finds himself five strokes back in a tie for sixth.

Defending API champion Matt Every finished hot as well, with birdies on five of his last six holes on his way to a six-under 66. Every currently is at 10-under for the tournament, three strokes behind Hoffmann.

“I played really well two days in a row, really good,” said Every.

American Ben Martin is four strokes back at nine-under, after a five-under 67 on day two. Danny Lee and David Lingmerth are both at eight-under after rounds of 64 and 67 respectively.

Stayed tuned for more updates on the Arnold Palmer Invitational throughout the day, as the afternoon players are currently on the course.

Henrik Stenson and Harris English both shot six-under during the second round and are tied for second with Every at 10-under par going into Saturday.

Hoffmann and Every are scheduled to tee off last on Saturday, with a tee time of 1:55 p.m. with English and Stetson teeing off at 1:45 p.m.

McIlroy will tee off at 1:25 p.m. along with David Lingmerth.