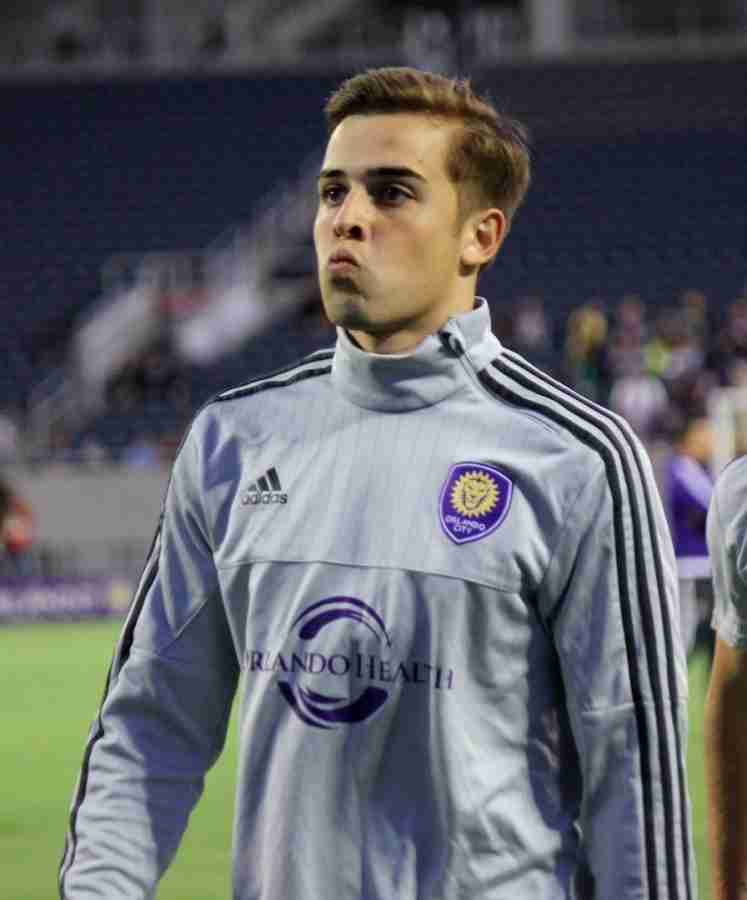 Harrison Heath will be playing for his father Adrian for the second year in a row once the 2015 MLS season begins.

The relationship between a coach and his players is a special one. The coach helps them become better players through vigorous criticism while incorporating a reassuring praise when deserved. Much like the relationship of a father and son.

Sometimes in sports these worlds collide as the apple never falls far from the tree. Notable father-son combos like the Mannings in football, the Earnhardts in NASCAR and the Bonds in baseball immediately come to thought.

However, the pair that will become a household name throughout Orlando is Harrison and Adrian Heath of the Orlando City Soccer Club.

Adrian Heath, age 53, first paired up with founder and president of Orlando City SC Phil Rawlins in 2008 when he managed the Austin Aztex of the USL-1. The two picked up and moved to start the Orlando based club that went on to win three regular season titles as well as two league championships in the USL PRO.

Harrison Heath, who turned 19 the Friday before Orlando City’s MLS debut, followed in his fathers footsteps and picked up the game of soccer playing for youth teams in England and in the United States while later playing for the Orlando City U-23 team in 2012 and the USL PRO team in 2014. Harrison also scored himself a spot on the MLS roster on a multi-year deal with the team.

But the decision to sign his son onto the team was not as easy as it seemed. With the worry of “nepotism” or “looking after your son” favoritism lingering over head, Adrian was cautious at first to sign his son.

“Harrison made it clear from a very early age that he wanted to be here in Orlando,” said Adrian about his attitude towards his son early on in Harrison’s career. “And the more he trained with the group, the more the other coaches said to me ‘listen you’re probably ignoring him because he’s your son.’

“We thought about it long and hard and when we decided to take on Tommy Redding, Tyler Turner, Rafael Ramos and Estrela, he’s the same age as them so it was a no-brainer because that’s where his talent level is and with him being a green card holder he doesn’t take an international spot, it became an easier decision.”

The pressure of making an MLS roster can be crushing, but the pressure to make your father, who happens to be your coach, proud can be tough to deal with but the two have proven successful so far.

“I think there is a little bit of added pressure because I have expectations to meet, he went out on a whim to bring me here so I have to perform and hopefully I can do that this season.” said Harrison about what he has to prove. “But I have to get away from it while I’m out there, he’s just the gaffer to me when I’m out here, and the players know that so I have to respect it.”

While Harrison just wants to prove his dad right in their choice to bring him on, his father remains tough on Harrison and doesn’t give him the “benefit of the doubt” according to other coaches. This will only fuel Harrison’s fire and drive to become great and make a name for himself just as his father did at Stoke City and Everton.

“The one thing I can assure everybody is that he’s had no favors from me, everything that he achieves will be on merits that he earned on the field,” said the elder Heath on how he treats his son. “I try and treat him every single day no different than everybody else. And if he needs a volley or needs me to get after him in training I do, and I do probably more so him than anybody else, so he’s going to have to work doubly hard to earn the praise of everybody else.”

Though the two retain a completely professional relationship on the field and at practice, they still are father and son and wish to remain in good family terms with one another.

But just as any young man who reaches that certain age, Harrison has begun to venture onto a life of his own choosing to live with the other players from the club, sharing an apartment with defender and fellow 19 year-old, Tyler Turner.

“Its strange, one of the things he wanted to do was live with the boys, so I don’t see any more of him than I do than the rest of the group,” said Adrian about their off-the-field relationship.  “Occasionally, I’ll come home and he’s there with his mom, then he goes back to the apartments with the rest of the players. He’s sensible enough to know that people are looking for things on the outside and we try to put ourselves in a situation so that doesn’t happen.”

Their relationship as father and son with the proximity of their careers, player and coach, can help to inspire each other to strive for greatness, and with a newly born MLS team that has everything to prove and a lot riding on it’s success, that inspiration can lift the team to all new heights.

The young player has a long, successful career ahead of him and with the guidance and leadership of a great coach as well as father, the possibilities are endless for Harrison Heath.