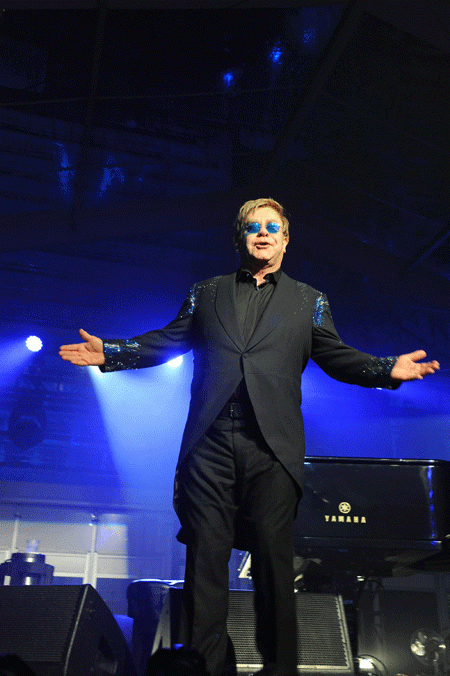 Elton John and his band will visit the Amway Arena on Saturday, March 7 as part of his “All the Hits” tour. Making this the first concert performance the Grammy award winning artist has had in Orlando in more than seven years.

The tour features hits and classic album tracks from throughout the British legend career spanning five decades. He will also perform a selection of songs from his highly-acclaimed, remastered album “Goodbye Yellow Brick Road,” which recently celebrated its 40th anniversary.