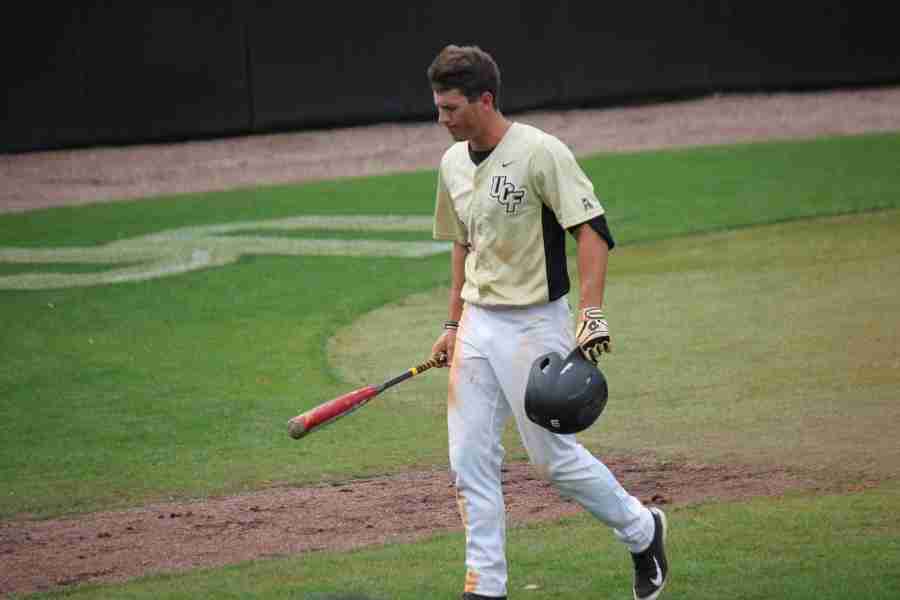 UCF's next game will be on Tuesday against a Florida Gators team that has a 14-24 series lead over the Knights.

ORLANDO — UCF’s bid to sweep No. 18 Ole Miss came up just short on Sunday in the second game of a doubleheader at Jay Bergman Field. The 4-3 win by the Rebels handed the Knights their first defeat of the season and salvaged a win in the three-game series.

The Knights (10-1) defeated the Rebels 3-2 in seven innings during the first game of the doubleheader but failed in their attempt to sweep the weekend series.

“Ole Miss is a great club, they have an outstanding team and they played very well,” said UCF head coach Terry Rooney after the doubleheader. “And they played a little bit better than us today in the second game.”

The Rebels scored the game’s first run on a double by Tate Blackman and added runs in the third and fourth innings to take a 3-0 lead.

The Knights trailed the Rebels in each of the weekend’s three games and were forced to rally back again in Game 2 of the doubleheader on Sunday. The Knights cut into the lead in the sixth inning with a two-run home run by right fielder Erik Barber to bring the lead down to 3-2.

The best opportunity for the Knights to win the game came in the seventh inning. UCF managed to load the bases with no outs, but walked away with only one run after Dylan Moore reached based on a fielder’s choice to shortstop that brought in the tying run.

The Rebels were able to secure the go-ahead run assisted by a balk by Knights pitcher Parker Thomas. After the balk, Drew Faintich relieved Thomas and would walk the bases loaded and eventually walk in the go-ahead run to put Ole Miss up 4-3.

After coming from behind in the previous two games, the Knights were unable to put anything together in the bottom of the ninth and stranded a base runner on first.

The Knights return to action on Tuesday against the second-ranked Florida Gators at Jay Bergman Field. First pitch is scheduled for 6:30 p.m.

“Obviously we’ve used a lot of guys the last couple of days, but we’ll be ready, we’ll figure it out,” said Rooney about the upcoming weekday series. “Certainly have a great challenge, we play a very good University of Florida team on Tuesday and Wednesday.”