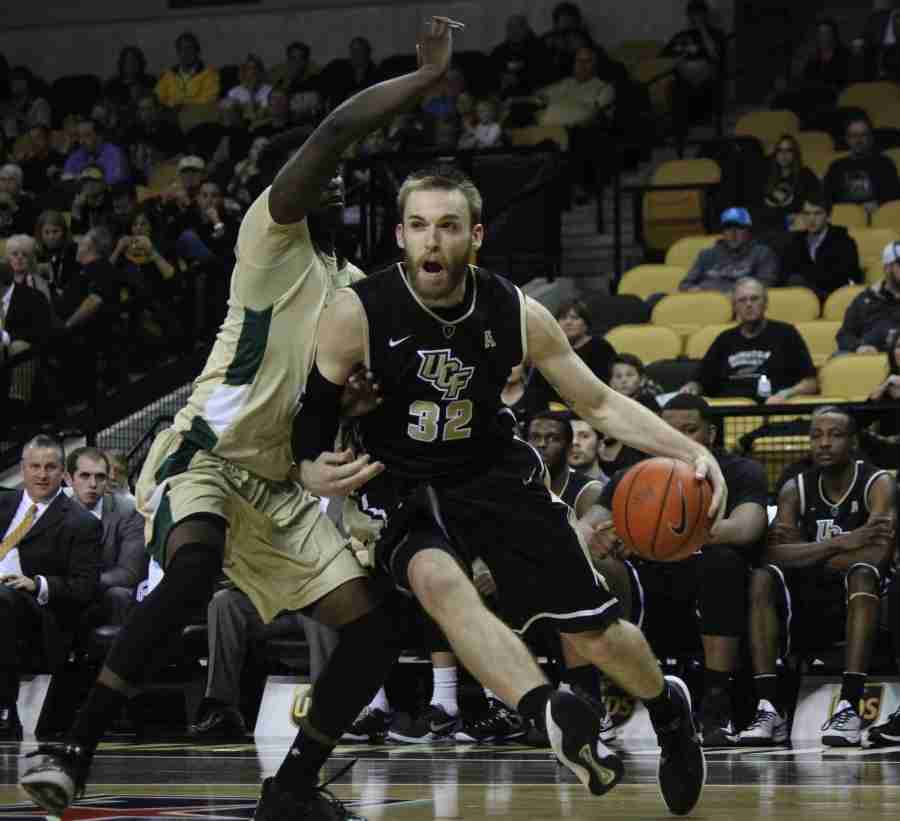 UCF's Kasey Wilson led all scorers with 18 points and added a career-high 11 rebounds in the win over USF.

ORLANDO — Kasey Wilson tied a career-high with 11 rebounds and added 18 points as the UCF Knights defeated the rival USF Bulls 73-62 at the CFE Arena on Wednesday.

Wilson came into the game not having practiced for 10 days after suffering a concussion during the opening minutes against SMU on January 31. The senior forward wasn’t cleared to play until shootaround Wednesday morning.

“It was just opened up for me my teammates were helping me get looks and once I got a couple shots going they just kept feeding me,” said Wilson after the game. “Coach was telling me to keep being aggressive so that’s what I was doing so it worked out.”

The Knights didn’t let up in the second half as they continued to shoot well from the floor and got contributions from their bench late in the game. UCF’s bench outscored USF 30-12 (18 of which came from Wilson) for the game, while the Bulls had more second chance points than the Knights 22-8.

“He really brought great energy and had some big rebounds in momentum situations where you felt the momentum may be shifting to South Florida’s side a little bit he was able to make big plays,” said UCF head coach Donnie Jones about Wilson’s performance. “He hit that first three which is always a confidence builder for most guys. He was able to play at a pace where he wasn’t hurrying himself.”

UCF had four players with double-digit points, including 15 from B.J. Taylor and 14 from Staphon Blair. This was the first time Wilson and Taylor had a chance to play together since the game against Cincinnati on January 25.

The win cuts USF’s all-time series lead to 21-9 and brings the Knights’ record to 10-13 for the season and 3-9 in American Athletic Conference play.

“I don’t know why we’re doing what we’re doing we were losing and were weren’t as intense,” said Wilson following the win. “It’s not coach’s fault. Today we realized it’s USF and we brought a different intensity.”

UCF’s next game will be at home against Houston on Sunday, with tip-off scheduled for 2 p.m. on ESPN3.

“Winning is always a great medicine for everything; that’s what you work for,” said Jones following the game. “I’m really proud of these guys. We were as low as we probably could have been after the loss at East Carolina on the road. It just seemed like we couldn’t as a team get over the hump for a lot of things.”

The Knights currently sit in ninth in the American Athletic Conference standings, a game and a half back of East Carolina and Temple for the seventh seed. UCF still has six games remaining in the regular season, so coach Jones and the rest of the players aren’t quite worried about seeding just yet.